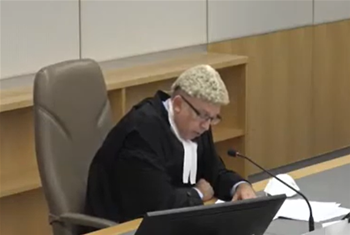 Three NSW council ballots will need to be re-run after a technical glitch with the iVote online voting system prevented some users from casting votes during last year’s local government elections.

The NSW Electoral Commission (NSWEC) had applied to have the results thrown out in the wake of the technical glitch, which was caused by unprecedented demand on the system.

A post-incident review published in late December showed the election results in the three local government areas were “materially impacted”.

As many as 34 votes were potentially missing in Kempsey, 55 in Singleton and 54 in Shellharbour Ward A, according to the analysis [pdf].

Handing down his judgment on Thursday afternoon, Justice Beech-Jones said that although the number of missing votes was small, it was enough to affect the outcome of the elections.

“With reluctance, I find that because the system of election for the three councils is proportional representation, it is necessary to declare all of the councillors’ elections void,” Justice Beech-Jones said.

“Had the court only declared one councillor election void, then the result would be a by-election using the optional preferential system of voting, which would undermine the manifest purposed of the proportional voting scheme of the Local Government Act.”

The court had “refrained from making declarations immediately so as to facilitate the timing of fresh elections and any further consideration of the interests of the councillors.

“In the regard, the outcome is the successful and unsuccessful candidates will unfairly bear the burden of the failure of the iVote system that was administered by the electoral commissioner,” Justice Beech-Jones said.

“The failure of the iVote system resulting in fresh elections is likely to cause a loss of faith in the electoral process.”

Anticipating the findings, the NSWEC on Wednesday revaled iVote will not be used at next year’s state general election.

It blamed the need to update iVote, and the short timeframe to introduce the new version before March 2023.

NSWEC is planning to work with representatives of iVote’s core users, including blind or vision impaired voters, to explore alternatives for voting.

Justice Beech-Jones adjourned proceedings until April 5, when the court will hear from the electoral commission on the next steps for addressing the “costs and expenses thrown away by candidates”.