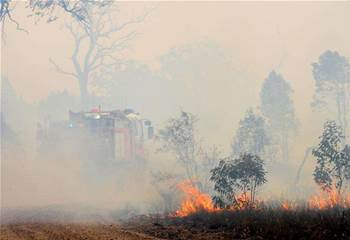 Victoria's Country Fire Authority has moved into the second phase of an overhaul of its advanced emergency warning systems in the wake of the February 2009 'Black Saturday' bushfires.

Head of technology services Michael Foreshew said phase two of the overhaul will involve the implementation of software to monitor the applications and IT infrastructure that underpins the warning systems.

Foreshew said the CFA will build a system monitoring dashboard based on HP’s business services management (BSM). It is expected to be installed in April next year.

“The plan is to roll out the HP solution across all of the [CFA control centre] network and devices that are connected, and also to monitor data exchange between agencies,” Foreshew said.

The CFA has 216 control centres statewide that receive data from agencies including the Bureau of Meteorology and Triple 0 in Victoria.

Foreshew said the CFA is working to make its emergency warning systems meet "a military specification".

"That’s effectively what we’ve demanded from HP in terms of service, support and capability," he said.

Foreshew said the monitoring system will be extended to the CFA's radio-over-IP network to monitor the status of radio communications.

The 'Black Saturday' bushfires left 173 people dead and hundreds injured. A Royal Commission inquiry focused on the provision of reliable information to the public.

Got a news tip for our journalists? Share it with us anonymously here.
Copyright © CRN Australia. All rights reserved.
Tags:
country fire authorityhpsoftware