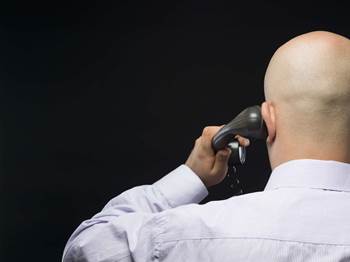 Victoria’s corruption watchdog tapped the phone of former state Education Minister Bronwyn Pike as part of its investigation into the scandal surrounding the Ultranet procurement process.

IBAC produced a transcript yesterday of a secretly intercepted call between Pike and former Department of Education deputy secretary Darrell Fraser in November 2014, just days after allegations of improper dealings behind the scenes of Ultranet were made public by The Age.

At the time of the call, both Pike and Fraser had left the Victorian government.

In the transcript, a clearly frustrated Pike asks her former official to retrace their actions in response to probity concerns raised about the Ultranet procurement process.

Fraser admits that he channelled $1 million to Ultranet contractor CSG to cover some of its costs because the company was threatening to walk away from the deal - purportedly with the approval of fellow deputy secretary and occasional acting secretary Jeff Rosewarne.

“They were running out of money at a critical point and we didn’t want to raise the attention of government by saying ‘give more’, so, you know, that was where they thought that I got some sort of big kickback because the money went there,” Fraser is recorded saying.

Pike, who later was at pains to point out she had already left the portfolio when the $1 million payment was made, appears sympathetic to Fraser’s confession.

“You know how those things get blown up,” she replies.

Counsel assisting IBAC, Ian Hill QC, raised three different instances where Pike is claimed to have been warned about probity concerns within the Ultranet tender while Education Minister.

He also quizzed her over the $1.4 million spent on a lavish ‘Big Day Out’ launch event for the Ultranet, when the system famously crashed during demonstrations.

Pike said she had no idea at the time how much was being spent on the party, and accepted the amount “seems excessive”.

“I think professional development is a really important activity, but clearly there are some questions that need to be raised about some of the other choices that were made for expenditure on the day, things I wasn’t aware of until I arrived," she said.

Pike was also remorseful for threatening to “freeze” out the head of a state principal’s association, who was raising doubts about the distribution of funds towards the Ultranet event in a personal email to Fraser dug up by IBAC investigators.

“It was an email flicked off in frustration because I knew how committed we were to this. I was frustrated that it hadn’t worked and I didn’t feel like we needed any more negativity compounding at that particular point in time,” she told the hearing.

“If I had the opportunity again, I would press the delete button”.

Hearings continue. A decision is expected on Fraser's legal push to be exempt from the public proceedings later today.