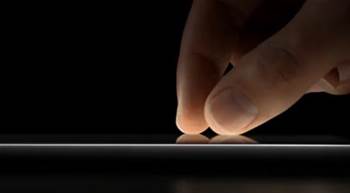 Legal firm Corrs Chambers Westgarth has created an iPad app that enables its lawyers to transport and review case documents in court or at client offices.

The Australian legal firm said the app had already been used by one of its litigation lawyers as a way to transport 18,000 case documents.

Staff and partners can take a "short term loan" on one of the "complement of iPads" that the firm has bought for corporate use.

The 'Corrs Briefcase' app, built by the firm's Legal Technology Solutions (LTS) group, incorporates a converter that can "ingest" PDFs from the firm's two major databases, Ringtail and Relativity.

"We can also prepare [and] load files from a simple folder of PDFs or from a folder and CSV index file," LTS director Brian Borskjaer told iTnews.

Borskjaer said that the secure PDF review component of the app had been overlaid with an annotation function "plus a set of tags for relevance, privilege and confidentiality".

This allows iPad-armed lawyers to review, tag and make notes on documents wherever they happened to be.

Borskjaer said that files surfaced by the app are encrypted and secured on the tablet.

He also said the backend infrastructure supporting the app ensured its resiliency - critical for lawyers that relied on the electronic documents in court, rather than the traditional reams of hard-copy folders.

"We recognised at the outset that having documents continuously available would be a paramount issue in gaining lawyers' acceptance of and reliance on the app," Borskjaer said.

"We have chosen local document storage expressly to address this issue and ensure security."

A Corrs spokeswoman told iTnews that as use of the app increased, so would the number of devices available to staff for loan.

News of the project followed reports of a larger paperless court scheme to operate in England and Wales last week.

There, all Crown Prosecution Service (CPS) departments are to be given "iPad-style devices" to reduce reliance on paper.

But use of technology in litigation has continued to be frowned upon in some Australian courts, including the recent High Court appeal between content owners and service provider iiNet.