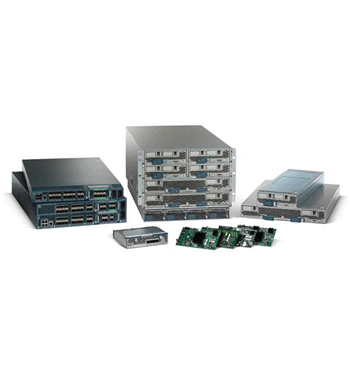 Corporate Express has invested in Cisco Systems' Unified Computing System (UCS) platform in an attempt to virtualise the last 16 percent of its applications still running on standalone servers.

Infrastructure and Operations Manager Andrew Grech told journalists at vForum today that ever since the company adopted VMware's first release hypervisor in 2004, Corporate Express has aimed to hit 100 percent virtualisation levels with the aim of reducing its IT management overheads.

Corporate Express has already removed 200 standalone servers and centralised much of its computing - rationalising its server, network and storage engineers to sit side-by-side as one team.

The company has removed 38 file servers and seven Exchange servers from remote offices to cut down on support costs.

Corporate Express' progress, however, had slowed considerably over the last 12 months as the company approached older legacy applications that were less easily deployed within a virtual environment.

The last 15 percent of applications have been running on "heavy hitting servers", Grech said, which the company had been "less confident to virtualise."

Grech said the company has attempted to sweat out its investment in some legacy systems - such as an Oracle application running on IBM Power servers - until the company hits a "decision point", such as coming off a maintenance contract.

The company was also investigating whether it could deploy a new SAP suite (ERP and CRM) on a virtualised x86 platform on UCS. Grech said the company intended to complete this rollout by the end of August 2011.

Corporate Express has 190 virtual machines running on the Cisco UCS platform just four weeks after receiving the kit, and expects the grunt of this hardware to accommodate many of the legacy applications that have proven most difficult to date.

"We deliberately didn't buy into x86 [for some of these applications] for a long time, and took the pain in anticipation of one big purchase," he said. "UCS should help us drive 100 percent virtualisation."

At 100 percent virtualisation, Grech said he hoped IT could provide the business true compute-on-demand.

Being fully virtualised would also justify Corporate Express' significant investment in its technology overhaul, he said.

"We have invested so much to achieve these economies of scale," he noted.

"There isn't a performance benefit to knock over the last 15 percent, but it enables you to be agile -  to back-up easier, to turn [Disaster Recovery] on and off, for example."