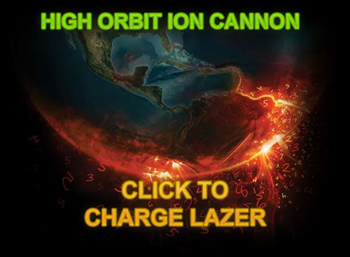 A copycat website claiming to reproduce the downed cyberlocker Megaupload has appeared online.

File sharing content on the website could not be accessed at the time of writing and only its  home page was available.

The site contained a notice asking visitors to spread word of the site over social networks.

It also appeared to contain advertising from DoubleClick and Media6Degrees. 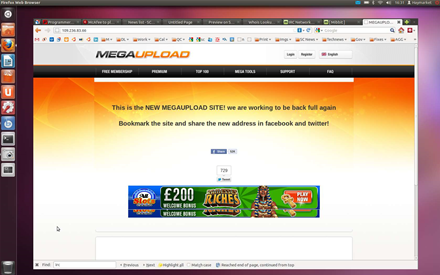 The site was registered in the Netherlands.

Megavideo.bz was also registered today however the site remained offline at the time of writing.

The emergence of the copycat site comes less than a day after the original Megaupload.com site was taken down by US authorities for what they claimed was rampant copyright infringement.

The online Anonymous collective responded to the takedown and launched large distributed  denial of service (DDoS) attacks against movie and music giants and law enforcement authorities.

Some users were attempting to find vulnerabilities to deface  target websites.

Anonymous had published a hit list of targets on Pastebin which at the time of writing had received more than 95,000 hits.

It also republished what was claimed as personal details of the chief operating officer of the MPAA.

A series of DDoS tools including the High Orbit Ion Cannon were in use.