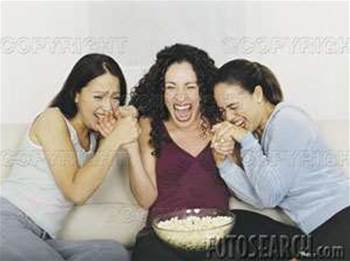 The market for 'traditional' televisions is coming under increasing pressure from devices such as portable DVD players, media players and PC TV tuners, rather than standard TVs and set-top boxes, research reveals.

New estimates from ABI Research suggest that about a quarter of the 360 million digital terrestrial television receivers expected to ship globally in 2013 will be in " non-traditional" consumer electronics devices.

"The small footprint, low power and low cost of silicon solutions will extend the opportunity for delivering digital broadcast television to consumers.

"The market will expand from traditional TV and set-top box applications to other fixed and portable consumer electronics devices."

The ABI report predicts that the global digital terrestrial television market's development patterns will be influenced by regional adoption of broadcast standards.

However, ABI noted that the exception so far is North America, which has not yet adopted a mobile broadcast video standard, although the Advanced Television Systems Committee has announced plans to develop one.

Got a news tip for our journalists? Share it with us anonymously here.
Copyright ©v3.co.uk
Tags:
consumershardwareoffswitchingtraditionaltvs