NAB dependency on IT consultants slammed by chair Ken Henry 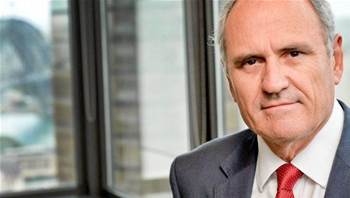 Yeah, IT does matter.

Australia’s financial institutions are well known for bold leadership claims and chest beating over all things digital and technology.

But at the National Australia Bank, the hair shirt has become new must-have garment to wear in front of the Royal Commission into banking.

The NAB on Friday afternoon publicly released an unprecedented grand introspection into its failings, past and present, as the institution moved to show public contrition for its misconducts.

The now public autopsy is a standout.

It fundamentally flips the notion that it’s technology practitioners that don’t get the business.

Rather, it’s the business that chose to abrogate much needed knowledge of IT that helped land NAB in front of the financial services star chamber.

At times withering and blunt, the document entitled “NAB self-assessment on governance, accountability and culture” – signed off by straight talking chairman and respected former Treasury Secretary Ken Henry – is a far cry from the hip and flowery lexicon of NAB’s annual report.

If you want to claw your way out of a hole, hire a wombat. Ken’s an official sponsor of the species.This is a deep dig.

Henry calls time: business needs to get IT

The move to put NAB’s tech shortcomings on public parade is also major deviation from the past decade of announcing major commitments to IT and strategy – only to then have its technology division become a revolving door blamed for holding the bank back.

The report is strong medicine too. Chemo strong.

The key technology project singled out for intensive rehabilitation is NAB’s Enterprise Data Management Strategy dating back to 2013 that is cited as a major weak spot in terms of identifying risks within the bank.

It may date back five years, but the repercussions are all too fresh in the mind of NAB’s board.

‘Get it done’ doesn’t cut it anymore: ask the coders, not the consultants

Take this brutal critique of general operational culture that flowed from the top down at NAB to technology.

“At NAB, lack of operational discipline is apparent in how work gets done. We have traditionally encouraged a ‘get it done’ attitude, allowing new methods and practices to emerge organically to fix problems and exploit opportunities where they occur.

“We haven’t enforced strict disciplines about what gets done where: what’s the responsibility of front office, middle office, and back office. We haven’t enforced a ‘one way, same way’ approach, maintaining many ways to get things done.

"We haven’t been ruthless in consolidating and decommissioning systems, or in keeping systems up to date,” the bank's great introspection observes.

The expedient cult of announceables, or massive promises before SFA real product, also gets a a free character assessment that will resonate loudly with any technology manager ever steamrolled by marketing.

“We’ve announced changes to products and services before putting in place the system and operational capabilities required to deliver them consistently and reliably,” NAB’s post mortem says.

“We’ve solved quickly through a tactical fix, but haven’t gone back to deliver the strategic solution. Through all of these behaviours, we’ve allowed complexity to grow.

And it gets worse.

The answer is always yes: the curse of consultant culture

NAB’s internal critique on leadership culture doesn’t hold back on the technical front either. After a decade of talking down propeller-heads, wonks and anyone else not adhering to the buzzword-du-jour, the knives are out. Well, at least the fists are.

“When evaluating leaders, we have placed an emphasis on big picture ideas, financial acumen, problem-solving skills, and getting things done or producing results, rather than the ability to build and lead highly reliable delivery systems,” the latest Henry report observes.

“Our talent approach has been to rotate generalists to increasingly complex roles. This has led to the overuse of consultants. Generalist leaders struggled to execute with discipline across areas where they lacked technical knowledge. Unsurprisingly, we failed to gain traction quickly, or suffered setbacks and delays when unanticipated problems emerged.”

So who said banks can’t do frank and fearless? Let’s go another round.

Change is a constant in technology, but sooner or later  (OK later for NAB) someone has to make a call when the spaghetti isn’t sticking to the wall anymore.

Hired in Post-It note stickers, corporate culture vultures and other visionaries for hire get short shrift in Dr Henry’s prognosis.

It’s not a rejection of agile per se – more a hat tip to Lean and why principles of technical knowledge aren’t merely disposable commodities.

There’s the respect of principle, and the intellectual sweat exerted to get there.

The nuance of Henry’s critique is he eschews the disposability of corporate culture and the human and systemic cost it extracts.

Technical background? The son of a dairy farmer that went on to redesign the tax system. And he used to run Australia's biggest mainframe shop, the ATO.

“Leaders in high-reliability organisations know the critical importance of process and control design, and quality assurance,” NAB’s report says. There are many references to how to industrialise processes.

Most of them hark back to sustainability, responsibility and actually giving a shit about the customer for longer than how a quarter will feed into a year.

Henry’s autopsy of NAB is paradoxical in places, but retention of legacy acumen isn’t something any top tier corporate has ever pulled off gracefully.

• follow through and check the solution implemented has had the intended impact and has addressed the root cause;

• establish leading indicators which signal risks emerging before they become a problem; and

• encourage a culture where any employee, no matter how junior, feels empowered and duty-bound to ‘stop the line’ if quality problems emerge.

Move ahead, respect what’s behind

Henry isn’t shy about what needs to come or what’s been lacking at NAB.

“These are not traits that NAB has consistently demanded of our leaders. These factors are evident in some of the self-assessment case studies, such as NAB’s approach to establishing an Enterprise Data Management capability,” his report says.

“This program had many false starts, with generalist leaders finding it difficult to identify the right steps to take to build a sustainable, self-reinforcing capability.

“We focused too much on governance, and not enough on the operational disciplines and infrastructure required to deliver practical, visible improvement.”

It observes that in 2018 NAB “recruited a Chief Data Officer who has much deeper experience in the field; under her leadership the pace of change has dramatically improved.”