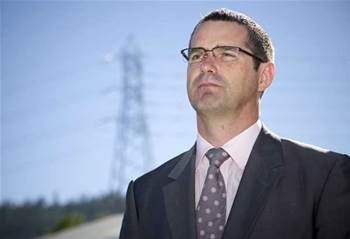 The existence of the review - aimed at testing the "robustness" of assumptions made by NBN Co - was made public by The Australian newspaper today.

It appeared that, like the NBN Co business plan itself, the contents of the review would remain out of the public gaze.

Conroy was repeatedly asked by Liberal Senators whether or not he planned to release the Greenhill Caliburn report.

He replied that it was "common practice" for governments to seek external advice "related to complex policy transactions" and he said that such advice had been sought "from a range of financial experts" throughout the NBN project.

"It's entirely what a sensible Government should do," Conroy said.

But he said he would not be releasing the Greenhill Caliburn study, nor would he reveal who had ordered it.

He repeatedly accused the Coalition of taking their questions from The Australian and of running out of question topics.

"Finally at the end of Conroy's answer, we got a one word answer of ‘No' ," Troeth said, referring to his refusal to release the study.

"That is not enough for this side of the parliament and for the public.

"It's regrettable that Conroy treats this chamber with such disrespect."