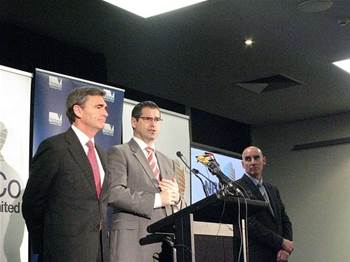 Communications Minister Stephen Conroy has moved to reassure fibre network builders that it won't run a Government-funded monopoly to compete with them for work.

iTnews reported yesterday criticism from private sector network builders over an apparent policy shift that would see NBN Co offer fibre-to-the-home infrastructure in a range of new housing estates - not just those that can't attract a private sector builder.

The move has left commercial operators seething, re-evaluating their businesses, and seeking assurances from the Government to lay to rest growing levels of uncertainty reverberating through the industry.

Conroy moved yesterday to assure developers they would be consulted about any policy change.

"We're going to sit down and have a lot of discussions with them because we're not looking to try and create a monopoly provider in that sense," Conroy said.

"There are different ways we might be able to address this and - [NBN Co chief] Mike Quigley has said this - we'll sit down and work with them about the best way to go forward."

Conroy conceded there were "some issues we need to work through with existing providers [and] existing properties that have got fibre-to-the-home about how we can integrate them into the network.

"But they're positive problems to have... as opposed to some of the negative problems you sometimes encounter in something of this magnitude," he said.