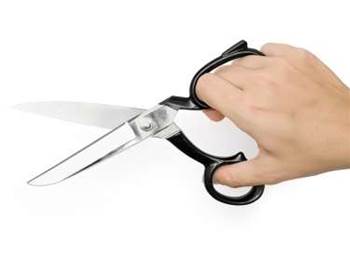 Apple is believed to have slashed fourth quarter iPad orders in the past fortnight in what may be its response to a downturn in the global economy.

Apple had cut orders from several suppliers by 25 percent, according to a research note by JP Morgan Chase released Monday, marking the first time the company, known for its lean supply chain, had ever reduced production.

The cuts could see production sink from an expected 17 million in the fourth quarter to 13 million units, the analysts reported.

A semiconductor analyst at FBR Capital, according to Barrons, backed the report, speculating it stemmed from a dip in China and other markets.

FBR revised its third quarter production down 800,000 units to 16 million, and cut its fourth quarter forecast for iPad production by 24 percent from 17.2 million to 13 million devices.

Apple’s fourth quarter orders may still increase, FBR noted, but the cuts would have a greater impact on key iPad suppliers like Broadcom and Qualcomm rather than Apple itself.

However, some have cast doubt on the claim that Apple cut its orders, with Susquehanna chip analyst Chris Caso arguing it merely shifted production from the fourth quarter to the preceding one in order to meet demand over the Christmas holidays.

Either way, analysts at Gartner last week were expecting Apple to trounce its iPad rivals in 2011, and retain its dominance through to 2015.

In 2011 Apple's iPad was expected to account for 73 percent of the 64 million units sold worldwide, while 17 percent would be Android devices, according to Gartner.