Telco complaints are on the rise again 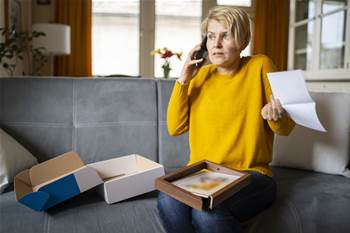 After falling for two years.

Complaints to the Telecommunications Industry Ombudsman are on the rise after two years of decline.

The TIO received 22,203 phone and internet complaints between January and March 2022.

The number of complaints published yesterday in the Ombudsman's third-quarter report showed a 21 percent increase from the previous quarter. This was the first increase over the last five quarters.

The Communications Alliance — which represents telcos — said the complaints reported were still 27 percent lower than the corresponding quarter in 2021.

“The figures released by the TIO today show a fall of 8112 complaints between the two corresponding quarters – continuing a trend of falling complaint volumes in recent years,” the industry body said in a statement.

Communications Alliance CEO John Stanton said any increase in complaints needs to be analysed by the industry to see how customer service and complaint handling can be improved, but that there were a number of factors playing into the latest data.

“There is a seasonal effect, as the first three months of the calendar year usually see slightly higher numbers than other quarters.

“I suspect that service disruptions caused by severe flooding in eastern Australia have also had some impact.”

A statement published by the Ombudsman said “while the current quarter complaint levels are lower than the same time last year, the increase is significant.”

The Ombudsman Cynthia Gebert said the two-year decrease in complaints was “pleasing”  but the sector needed to remain vigilant and proactive about addressing consumers’ problems.

“This quarter’s increase in complaints is a reminder that telcos need to focus on working with consumers to resolve complaints before they escalate to us.”

“Consumers need to be able to rely on their phone and internet services. They are essential for work, schooling, running a business and keeping in touch with friends and family.”

Complaints from residential consumers rose by more than 22 percent compared to the previous quarter, and complaints from small businesses increased by over 12 percent.

Nearly 53 per cent of complaints included a problem with a fault or connection, including challenges with service quality and getting connected to a network.

Complaints increased across all service types. The most complained about service type was mobile with just over 8500 complaints, but the steepest increase was recorded in internet services with a 31 percent increase compared to the previous quarter.