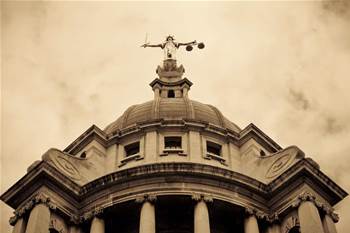 Company accused of failing to respond to requests quickly.

A sexual harassment lawsuit against Oracle Australia has returned to the Federal Court sooner than expected, following complaints that the company's lawyers were slow to respond to the applicant's lawyer's requests.

The salesman accused of harassing her, Randol Tucker, denied the claims.

In a directions hearing Friday, Richardson's barrister Rachel Francois said the case had been relisted ahead of an expected directions hearing on August 12 as continued attempts to contact legal counsel for Oracle Australia had been met with no or late responses.

Richardson's counsel claimed that despite continued attempts to contact Oracle's legal team since April 8, it had received no response until June 28.

One response was not received by Richardson’s counsel until last Thursday night, according to a timeline Francois delivered to Justice Robert Buchanan.

“In brief, we wrote to the first respondent’s solicitors over three months ago and asked to deal with discovery issues,” Francois argued in the Federal Court on Friday.

"We did not get a substantive response until this week.It's not about adequacy of response, it’s about not receiving a letter after three months.”

In the response Richardson’s counsel had received, lawyers for Oracle stated it was “seeking further instructions from their clients on critical issues”.

Oracle Australia’s legal counsel believed it had been responsive to requests for evidence.

“We've done our best to try and comply with what we think they're asking for,” Oracle lead barrister Elizabeth Raper argued.

However, some evidence deemed key to the proceedings, including correspondence between the company and Richardson during her employment, could not be found by the company.

Some evidence requested by Richard’s legal counsel also fell outside the categories agreed to by both parties in November last year.

“Where categories are not agreed I'm happy for the parties to attempt to resolve that,” Justice Buchanan said. “If they can't be resolved, I may do that in a way that might not suit one party or the other.”

The revived argument comes as part of ongoing disputes as to the actions of each party, with Tucker’s legal representative arguing in an earlier directions hearing in March that it received little correspondence from Richardson’s legal counsel.

Further evidence would be sought by both parties, including affidavits from Richardson’s treating doctors and from former Oracle employees now with companies White Consulting Partners and EMC, ahead of a further directions hearing previously listed for August 12.

Richardson’s counsel successfully moved to have provisional dates set for a full hearing in early February next year.