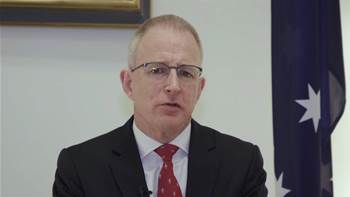 Communications Minister Paul Fletcher has issued a ‘statement of expectations’ for the Australian Competition and Consumer Commission (ACCC), particularly aimed at how it might treat NBN Co in future regulation.

Nevertheless, Fletcher issued the statement of expectations “so that the government can clearly set out its priorities and perspectives for the independent regulator to take account of as it goes about its work.”

He said the timing was “opportune” and that it was “common practice for federal or state ministers to issue a statement of expectations to a regulator.”

“Statements generally address matters such as transparency, accountability and the nature of the relationship between the regulator, government and regulated entities,” he said.

“In line with standard practice, the ACCC is expected to provide a statement of intent in response to the statement of expectations within three months.”

The ACCC has a number of open regulatory inquiries concerning NBN Co, including on wholesale standards, pricing and long-stalled changes to the special access undertaking (SAU) that is meant to “shape price and non-price terms until 2040”.

Fletcher specifically notes in the statement of expectations that he would like to see movement on the SAU changes.

He also sets a government expectation “that NBN Co will play a key role in increasing competition in the business segment of the market via its build activities”.

“In my opinion, the ACCC should support new entry and competition in this market within the constraints established by the regulatory framework,” Fletcher wrote.

Fletcher said it is considered “preferable” that NBN Co be afforded “reasonable flexibility to set prices in response to market developments”.

He added that he expected the ACCC to inform the government “prior to any significant regulation or intervention in the telecommunications markets.”

“I also expect the ACCC to provide me with sufficient advance notice in relation to major aimouncements, public submissions, media releases and major speeches relevant to my portfolio responsibilities,” Fletcher wrote.