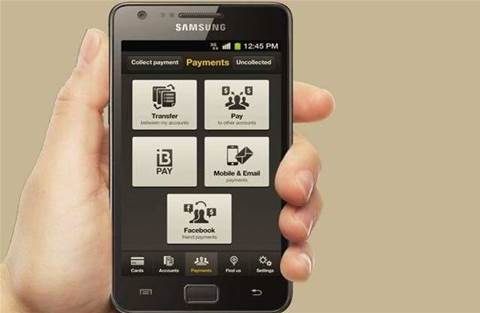 The Commonwealth Bank has opened its payments application Kaching to users outside of the bank for the first time, allowing them to receive payments from iPhones and Android smartphones.

The payments app has previously allowed other bank customers to collect payments made with Kaching through the bank's website.

However, an update released this week allows anyone to access Kaching's payment collection feature from their smartphones. The app saves user bank account details, and only requires them to insert a payment code in order to collect the payments.

"All customers, no matter where you bank in Australia, will be able to receive [Kaching] payments," said David Lindberg, Commonwealth Bank's executive general manager of cards, payments and retail strategy.

Since its launch on iPhone in December last year, the bank said the app had been downloaded 365,000 times and generated $1 billion in transactions.

The new feature is one of several released by the bank this week, which also includes the app's debut on Android devices and the ability to make instant payments between iPhones using the handsets' accelerometer and GPS technologies.

The Android version, available from Thursday, provides much of the same features as the original iPhone applicaton with the exception of near-field communication (NFC) functionality for contactless transactions.

The feature is available to iPhone users provided they also purchase a physical case that includes an NFC-capable chip.

While some Android-based smartphones come with such a chip already, executives at the bank claimed the feature would be made available "once the respective handset and software vendors make that functionality available to the market".

All other CommBank Kaching features — including balance checks, real-time transactions, and payments via email, mobile and Facebook — are present and accounted for in the Android version.

The Commonwealth Bank claimed the app would support approximately 80 percent of Android handsets in Australia.

Chief marketing officer Andy Lark conceded that some Android users would be upset by the lack of support for the remaining devices but claimed the delivery of a "crisp user experience” outweighed the need to support older devices.

A total 13 Android phones are currently listed on the Commonwealth Bank website.

The bank also unveiled plans to launch a similarly capable application for Facebook later this year, including the ability to remind other Facebook users about payments.

Despite concerns around the security of information and monetary transactions over the social network, the bank said it would cover any losses should someone make an unauthorised transaction on a customer's account.