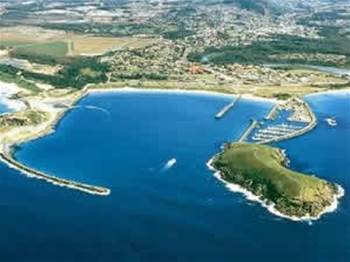 Join Brunswick as case study for high-speed internet use.

Australian researchers are hoping to see the firsthand impact of the national broadband network by studying two NSW north coast communities as they receive fast internet — or wait for it to arrive.

The research, conducted by the Australian Centre for Broadband Innovation, includes a field study of 770 residents of Coffs Harbour and 408 Port Macquarie citizens. (pdf)

The coastal towns are intended to act as "comparison communities", according to researchers.

From the two towns, 88.5 percent of respondents to the ACBI survey identify as internet users, while 11.5 percent are non-users.

The study found that even among internet users, specific types of use — such as to access government services or to buy goods online — remains infrequent. There is also "polarised" usage of some internet services like consumption of news or social media.

"Non-internet use was greatest for respondents who were older, living alone, and who had a relatively low household income," the ACBI field study found.

Prime reasons for not going online were mainly skills-based: citizens that identified having a 'lack of skills and confidence' or that they were simply 'not a technical person'.

Mason said governments needed "to become one of the frontrunners" for digital services, and there was a need for a "national broadband strategy" to ensure Australians could benefit from the opportunities offered by next-generation broadband.

More immediately, Mason called for certainty on what the NBN will look like so businesses and others could start planning to take advantage of it.

"We need to know what broadband is going to be delivered because business needs the certainty," she said.

The initial field study of users in Coffs Harbour hasn't captured the impact of the NBN's arrival in the region. The authors said this will become apparent in further research.

"At the time of this initial survey, next generation broadband had just been rolled out in Coffs Harbour," the report stated.

"Therefore, follow-up research will also enable us to investigate the extent to which the provision of next generation broadband plays a contributory role to these effects, by comparing internet behaviour in a regional area that has had access to this facility for some time (Coffs Harbour) to a region without access (Port Macquarie)."

ACBI's research isn't the only body of work that attempts to gauge the impact of the NBN's arrival on communities.

That research was sponsored by the Australian Communications Consumer Action Network (ACCAN) and likewise found a correlation between access to high-speed internet services and digital participation.

ACBI includes research resources from the CSIRO and NICTA, and also counts NBN Co and the NSW and Tasmanian state governments as its key industry partners.