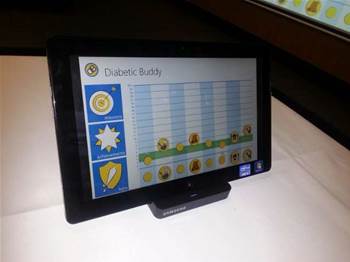 Australian app developers have been given a crash-course in Windows 8 app development as part of a "24-hour hackathon" on the Gold Coast this week.

The hackathon, held prior to MIcrosoft's annual developer conference on the Gold Coast, attracted 158 coders from all walks of life, including students, game programmers, corporate devs, bedroom coders, web developers and business analysts.

Under the guidance of industry experts and Microsoft staff, participants were given 24 hours to create a prototype app from scratch, with the aim of demoing finish apps to conference attendees the next morning. 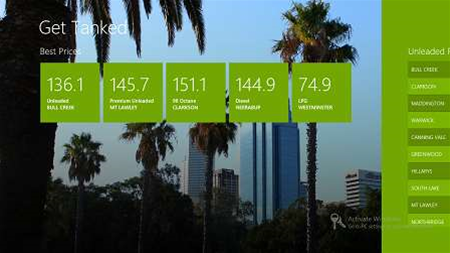 Get Tanked: coming to a Windows 8 device near you soon.

Microsoft technical evangelist Lachlan Hardy said each team was tasked with building a professional product suitable for publication in the Windows Store in the lead-up to the new operating system's release on October 26.

"The response we had was really incredible," he said.

"A lot of people worked all through the night [which] resulted in a little mild delirium during the presentations the next day."

The completed App Fest projects exhibited a lot of variety, ranging from a fuel price comparison tool (Get Tanked) to a 'gamefication' app aimed at diabetic children (Diabetic Buddy).

"It was a really interesting exercise seeing how quickly a web developer can get up to speed and build a [Windows 8] app," Get Tanked team leader Myles Eftos said.

"We found we were able to pull a lot of our existing web developer techniques over and could even use some of the common libraries we're used to." 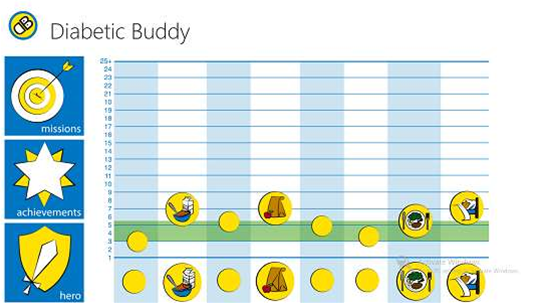 Diabetic Buddy's project leader Scott Quayle said the combination of good tools and a talented team made the challenge easier than he'd anticipated.

"What we found was that when you get a group of individuals who are very talented and put them all together with the right tools, you get really good intra-connected groups who can develop things in 24 hours flat," Quayle said.

"You get really surprised by what you can create in not a lot of time."

Hardy said that some of the applications created for App Fest would be making their way to the Windows Store "very soon".