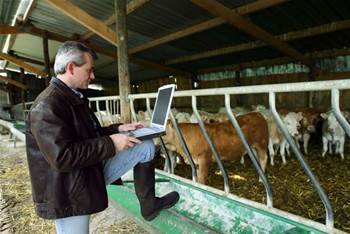 As part of a $230 million campaign package designed to woo the island state ahead of the election, the Coalition has pledged to match the $10 million over five years promised by the ALP Government in June, as well as promising an additional $3 million to accelerate two side-projects being run by the Sense-T team.

Sense-T is a collaboration between the University of Tasmania, the Commonwealth and State Governments, IBM and the CSIRO. It aims to federate a network of environmental sensors across the island creating an economy-wide feed of information informing agricultural practice, sustainability approaches and government policy.

Sense-T director Ros Harvey told iTnews that she was “delighted that Sense-T has attracted bipartisan support” and said it reflected community and industry optimism for what the program offered.

If the Coalition comes to power in September an additional $1 million will go towards the Pathways to Market project, a research initiative mapping the process of food distribution from farm to shelf. Currently due to begin in July, Harvey said the additional funding would allow work to commence before the upcoming growing season.

Another $2 million from the Coalition would go towards establishing advanced sensor manufacturing capabilities, contributing to a collaborative push between Sense-T and Grey Innovation to push down the cost of agricultural sensors through economies of scale.

“Sense-T’s mission is to bring the power of big data delivered in real time to the community, small business and the government,” said Harvey.

One of its most lauded products to date has been a web-based application used by oyster farmers and food regulators to access real-time data on environmental conditions that could affect stocks.

Beginning July 2014, the team will also begin work on a water management project with the aim of establishing a web-based community dashboard where farmers and regulators can access real-time data on river flows and irrigation.

“At present, if everyone withdraws water from the river system at the same time a 'cease to draw' notice is generated, so farmers resort to calling one another to try and coordinate the times that they will irrigate.

“Through the dashboard we hope to empower communities to use the information we have collected,” Harvey said.

The push from the Coalition is also a response to the Tasmanian jobless rate, which at 8.4 percent in July is the highest in the country. It expects Sense-T to support “several hundred direct and indirect jobs” in Tasmania and to boost investment into its ICT sector.