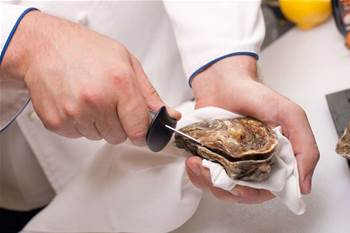 How a plucky startup weathered the 2011 hard drive shortage.

Cloud backup company Backblaze would have spent nearly $1.2 million more on disk drives than planned were it not for some creative quick thinking by its technical team.

Combined with some ingenious purchasing workarounds, the company estimates it saved over $600,000 in two years.

In the middle of 2011, Thailand experienced the worst flooding in 50 years. Hard drive manufacturers, including Seagate and Western Digital, were heavily reliant on Thai production, in factories that were now under water.

Seagate estimated it would fall short of demand by 150 million units, while other estimates put as much as 50 percent of world production as lost or damaged. The crisis would ultimately last more than a year, driving up prices by as much as 200 percent almost overnight.

For Backblaze, the spike in prices was an existential threat. Its value proposition - unlimited backup for $5 a month - hinged on hard drive prices continuing their 30 year trend of ever declining cost per gigabyte.

Unwilling to raise prices, Backblaze sought alternative solutions to its supply chain problem. CTO Brian Wilson quickly sketched out the battle plan: Travel to every Costco and Best Buy in the San Francisco bay area and buy external 3TB drives, ‘shuck’ them like oysters, and install the now ‘internal’ drives. One plucky employee drove to 10 stores, a journey of well over 200 miles, after a full day of work.

With a wider run on disk drives, stores soon enacted a ‘2 drives per customer’ policy. Eventually, Backblaze staff were banned from stores, and family and friends were enlisted as ‘drive farmers’, buying drives when they could and sending them to BackBlaze. The process continued for months, all the while keeping Backblaze alive, and maintaining its commitment to their customers.

Prices have since returned to near 2011 levels, and Backlaze has returned to more normal, commercial purchasing behaviour. But staff still can’t resist a raid on the local Costco when the price is right.