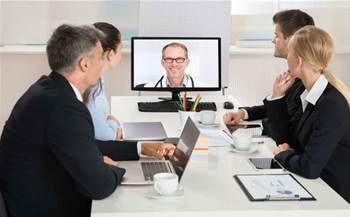 Cisco is still experiencing problems across its WebEx Teams collaboration suite, more than a week after outages first struck the services, but is close to full restoration.

WebEx Teams went down, hard, on September 26th Australian time. It struggled back to life over several days.

At the time of writing, three WebEx Teams services were suffering “degraded performance”. At around 4:00AM Sydney time a dozen services were in that state and a further three were enduring a “partial outage”.

Cisco’s incident log records numerous deployments of fixes, but also reports that the updates didn’t immediately work or improve performance for all users.

The company is, so far, silent on the reasons for the outage: the incident report offers no insights on what went wrong and why, and Cisco’s blogs and social feeds are silent on the matter.

Yet the company is still pumping out promos like the Tweet below that proclaims the critical importance of networks to business.

When the network is down, your small business isn't up. Here's how to build a defense that works: https://t.co/sKFt635cEI #Spiceworld2018 pic.twitter.com/eg70uL9u53

A possible clue to the nature of the outage could be a September 24th incident that involved “an issue that caused some WebEx cloud registered devices to fail a particular encryption key exchange” and meant that affected devices "failed to create a whiteboard session or failed to decrypt the room titles for meetings or upcoming calendar events.”

Cisco deployed a fix that required a reboot. It could be that fix was flawed and created wider problems.

iTnews has asked Cisco for comment on the outage and its root cause.