Cisco Webex wipes out: goes down for more than a day 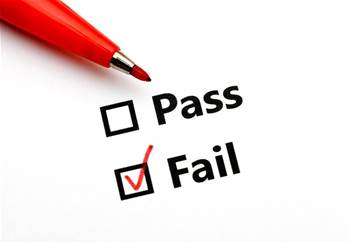 The company’s status page explains that as of 01:22 UTC on September 25, the service was “impacted by an ongoing service outage”.

The outage was severe: Teams, Meetings, Calling, Care and Context services all went down.

Progressive notices reported that Webex Room Systems would not work, with Webex Meetings applications offered as an alternative.

Even then, Cisco said they were not available on all devices. Indeed, a status update time-stamped 23:37 UTC on September 25 said that while “many Webex cloud registered devices are connecting to the service … users may still experience intermittent impact when using the devices as we continue to execute the restoration deploys.”

As the outage rolled on, Cisco CEO Chuck Robbins weighed in and called the outage “unacceptable”. But customers weren’t impressed.

Cisco’s most recent update offered its first hint of an explanation, by revealing that “engineering identified a service fix that can be implemented which will address the latency that is causing the intermittent impact.”

“Engineering is working to deploy that fix, and the teams will continue to monitor those services as the fix is deployed,” the status page added. “The work to restore the broader Webex Teams services is ongoing“

“A targeted service restoration plan continues to be executed by the team, and Engineering is continuing to work diligently to get the remaining services available.”

But Cisco hasn’t offered a timeline for full restoration. No has it mentioned compensation for customers who pay for the service by the month and will be miffed to have lost access to the service for more than a day.

At the time of writing, Cisco's status page reports "ongoing Teams connectivity issues"  due to "latency". Some fixes have been applied but the vendor says services are "stabilising" rather than being resolved.