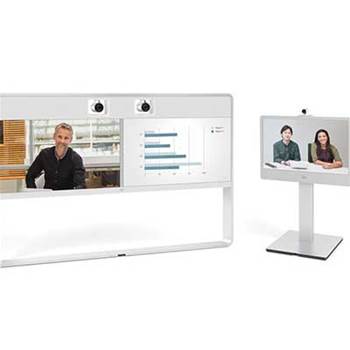 Cisco has patched a pair of vulnerabilities on its Expressway and TelePresence Video Communication Server, one of which has earned “critical” status.

Although only exploitable by an authenticated attacker, CVE-2022-20812 gets its Common Vulnerabilities Scoring System rating of 9.0 because an attacker can overwrite operating system files as root.

Cisco’s advisory explains that the vulnerability exists in the cluster database API of Expressway and TelePresence VCS: “an authenticated, remote attacker with Administrator read-write privileges on the application [could] conduct absolute path traversal attacks on an affected device and overwrite files on the underlying operating system as a root user.”

The vulnerability is the result of “insufficient input validation of user-supplied command arguments,” the advisory continues.

The second vulnerability, CVE-2022-20813, is an error in certificate validation in Expressway and the TelePresence VCS, allowing a remote, unauthenticated attacker to access sensitive data.

“An attacker could exploit this vulnerability by using a man-in-the-middle technique to intercept the traffic between devices, and then using a crafted certificate to impersonate the endpoint”, Cisco said.

“A successful exploit could allow the attacker to view the intercepted traffic in clear text or alter the contents of the traffic.”

For both Expressway and TelePresence VCS, Cisco advises customers to upgrade to software version 14.0.7.

In its semi-regular round of bug-fixes, Cisco also announced six medium-severity vulnerabilities affecting its unified communications, telepresence, and RoomOS products.