CIOs should do more bragging 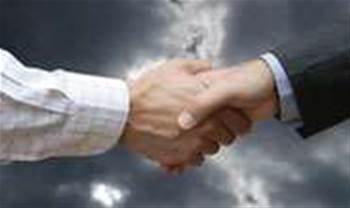 Being a strong figurehead in a senior IT role is the best way to get the most from an IT strategy and your career, according to research by recruitment firm Harvey Nash.

The survey of 1,000 senior IT professionals found that the idea of the " personal brand" of a chief information officer (CIO) was viewed as being as important as project delivery or operational effectiveness.

In light of this, Harvey Nash has advised IT professionals to be strong leaders who are vocal about their achievements.

Almost two thirds of respondents said they could see a direct correlation between the IT department achieving its objectives, and its leader having a strong image and profile within the firm.

Ninety per cent of senior IT executives said that any time spent on so-called brand building was essential to the success of their career.

"As board members jostle for the chief executive's attention, it has become essential for CIOs to build and strengthen their personal profiles and that of their department," said John Whiting, managing director of Harvey Nash's UK IT business.

"They provide a vital bridge between the business and the board, but CIOs are often not natural self publicists.

"While we are starting to see a positive shift in the way senior IT executives raise their profile within an organisation, CIOs could and should be doing more to promote not only their own success, but that of the IT function itself."

Harvey Nash has released some tips for IT professionals looking to boost their reputations.

It recommends that to raise their personal profiles, CIOs should speak at conferences and internally about their successes, and make the most of social networking tools to meet with and discuss their role with peers.
Got a news tip for our journalists? Share it with us anonymously here.
Copyright © 2010 Computing
Tags:
braggingciosdomoreshouldtraining & development