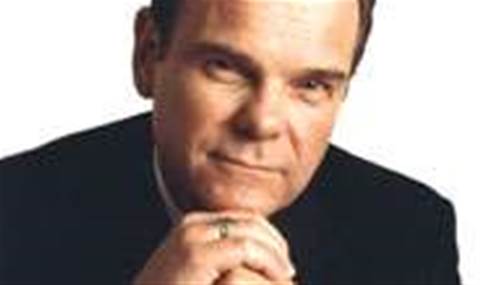 IT leaders should never refuse staff access to collaboration tools such as Facebook in the workplace, according to one of the foremost business gurus on the growth of Web 2.0.

Don Tapscott is a consultant and author of Wikinomics, a hugely influential book that looks at the way in which internet-enabled mass participation is changing the global economy.

He has recently launched his latest volume, Grown-Up Digital, the result of a $4m (£2.6m) private research study which highlights the importance of so-called “digital natives” in shaping the future of business.

Tapscott said attempts by firms to improve productivity by banning tools such as Facebook – ­ for example, budget airline Easyjet barred access to the site and other messaging systems as it was suffering from low bandwidth ­ – are counterproductive, as well as demoralising to staff.

“The generation coming into the workforce has much better tools to do business and we should be embracing them, not banning them,” Tapscott told Computing.

“To ban sites such as Facebook is demoralising to the young people in the company. It is the same as saying to them: ‘We don’t understand your tools and collaboration methods and mainly, we don’t understand or trust you’,” he said.

Even if Facebook is not being used as a corporate social network, it should not be banned as something to be used during staff downtime, said Tapscott.

“People do all kinds of things when taking a break, so what are we going to ban next, coffee breaks? Or access to sports sites ­ – because people spend a lot of time viewing such web sites ­ – because it uses up a lot of bandwidth?

“You cannot possibly ban 21st century collaboration tools. It would be the equivalent of banning telephones because there are too many wires to install. This is not a particularly sympathetic view, but I would tell those businesses to get more bandwidth.”

In Tapscott’s view, many chief information officers (CIOs) do not understand the potential of tools such as Twitter, wikis, blogs and collaboration networks, as well as the cost involved in introducing systems that bring value to the business.

“There are many tools that can really aid effective collaboration and they are not necessarily costly. Those systems are every bit as important as customer relationship management systems or enterprise resource planning platforms,” he said.

An initiative introduced by floor staff at US electronics retailer Best Buy, dubbed Blue Shirt Nation, is cited by Tapscott as an example of how collaboration tools can drive efficiency in the workplace.

The web site was created by two members of Best Buy’s staff to build a user-driven social networking site for employees and promote an environment for exchanging cross-functional ideas, sharing of best practices and stimulating the creation of new approaches or services. It currently has more than 25,000 members and contradicts the worries over security expressed by IT leaders across the industry.

“The Blue Shirt Nation community is not secure and could probably be hacked. So what?” said Tapscott.

“We have a funny view of security and risk. Sometimes, to have better security and then reduce risk, we should do the exact opposite of what we have been doing. We should take our risk models, data and algorithms, create open-source standards and share them ­ create a Linux of risk models. The only way to have better risk management is via better monitoring, more transparency and openness of standards,” he said.

Tapscott echoes the European Commission’s calls for “smart actions” to aid economic recovery and urged governments and the private sector to address pressing issues such as the digital divide.

“It is in everyone’s interest to have high-speed connections everywhere in the world, so I am calling for the creation of a digital masterplan that will see governments, private companies and civil society organisations all working together towards that goal. People will hear more about that soon,” he said.

• Start using next-generation tools. “If you are not using Twitter, Digg or blogging, it is about time you got started.”

• Empower your workforce. “Don’t have a big master plan – let people self-organise, invest and bring their own tools to increase productivity.”
Got a news tip for our journalists? Share it with us anonymously here.
Copyright © 2010 Computing
Tags:
cios collaboration embrace must software tools