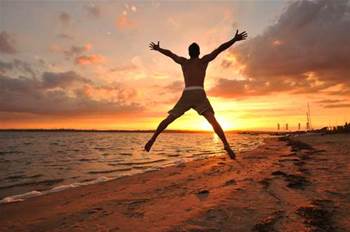 Why cash-strapped businesses aren't waiting for the cloud.

CIOs in cash-strapped industries are bracing for a "counterintuitive" return to full IT outsourcing, despite the utility pricing promise of the cloud, according to Gartner.

The analyst firm warned in an April 5 research note that "long-term, fixed-price, full-outsourcing" models had re-emerged in client discussions over the past year.

Gartner said it had seen a "limited number of specific cases in which traditional outsourcers have approached CEOs and CFOs with proposals for long-term full outsourcing deal[s] featuring special and appealing financial conditions".

The analyst group warned IT leaders - especially in "distressed businesses" such as retail and manufacturing - to "beware of the attraction to CEOs and CFOs of full outsourcing arrangements that deliver cash upfront or greatly reduced running costs in exchange for long-term fixed-price contracts".

Melbourne-based research vice president Jim Longwood told iTnews that the pressure was on CIOs in those industries to be strategic and well-prepared for changes in sourcing strategy.

"When things get tough in any organisation the CFO has much more power," Longwood said.

"The smart salesmen from the [outsourcers] understand the pressure the CFO is under, walk the talk in terms of how they can deliver savings, therefore the CFO doesn't give the CIO any choice but to do much more major outsourcing.

"Part of the note's there to say to CIOs, particularly in manufacturing or retail, 'You're going to be increasingly put in that situation where you'll have no choice but to consider outsourcing a broader range of services, so be prepared and understand the outcomes you want from the deal and also be in a position to annunciate the risks to the CFO so you can have a more balanced decision making process'."

Longwood was not against long-term outsourcing contracts, but urged CIOs to pay special attention to their structure to ensure they did not costing the business precious leverage.

"It's not an issue to sign a longer term contract so long as it's not the long-term base contract," he said.

"A long-term [base] contract is not very good for clients because you lose a lot of leverage, you're stuck in the deal for the long-term.

"Rather than negotiating a five-to-seven year fixed contract I'd recommend to a client they [have] a base contract for three years with renewables that take them out to five or seven years, so long as the service provider is delivering a good level of service and value for money.

"If you try and make [the base contract] too short you lose your negotiation leverage."

Leverage was critical to prevent being stifled from taking advantage of future utility pricing models brought about by cloud computing and as-a-service products.

"The catch-22 coming through is if you lock yourself in for a traditional long-term outsourcing deal, when you do want to move to the more cost-effective cloud services and pay for system use when you need it, those options are harder to get into," Longwood said.

"Part of it is to give the message to the CFO that we need to build in flexibility so that when we do hit the good times we can take advantage of the new low cost services coming through," he said.

Gartner urged CIOs faced with no choice but to outsource, to examine the types of benefits and flexibility that could be negotiated into the arrangements.

"We've said all along that with outsourcing contracts of any kind, one of the realities is, if I may exaggerate slightly, that as soon as the ink is dry something has already changed in your business," vice president and distinguished analyst Rolf Jester told iTnews.

"One of the key reasons you don't want to lock into a base contract for too long is that you really don't know at all what kind of serious business changes are going to confront you this year, next year, let alone seven years out.

"What you need is a base contract that allows some kind of flexibility, renegotiations, sitting down with the provider, not just on pricing and volumes but on the fundamentals of what's actually going to get done, because what you want done might easily change."

Longwood cites the mining industry as a case in point.

"We saw examples around 2000 when mining was in the doldrums and all the big mining companies renegotiated and signed up for lean mean outsourcing deals purely predicated on cost savings and making IT operationally efficient," he said.

"There was a lot of renegotiation that went on because there was no flexibility built into the deals.

"If you have a look at them now - at the hot end of the economy - they're certainly negotiating more flexible deals. There's a lot more give-and-take in those deals."

Gartner's research note warned CIOs that they needed to "learn how to defend against being 'outsourced' or 'spun off' as part of a financially motivated" outsourcing transaction.

Although the notion is almost certainly an extreme case, Jester said it could be a risk for CIOs in distressed industries "who carry a CIO title but ... are just running the IT shop".

"If their vision is limited and if their real contribution to the business strategy, financial model and the whole business operation is limited to running the IT shop, then there is a risk," he said.

There was less risk for more strategic CIOs as outsourcing them went against best practice and key learnings from high-profile cases of outsourcing woe.

Longwood said that the "crown jewels" of an organisation should never be outsourced.

"The crown jewels tend to be the office of the CIO, the IT strategy makers and business analysts who understand the ways your business systems have been configured to meet the business requirements," he said.

For CIOs that were too operationally focused, the challenge was to "get strategic, get proactive", according to Jester.

"Talk to the CFO. Understand the financial models being used," he said.

"Be proactive about it [voicing] ways to save money, but also point out the risks and downsides [of full outsourcing] - the true, full cost over the years, not just a short-term saving.

"Because if a business is under pressure it's up to a smart CIO to be as proactive as any other senior executive in the company and come up with positive answers."

Jester also urged CIOs to refresh sourcing strategies annually to make sure they were prepared for a shift in thinking by the CFO or CEO on outsourcing.