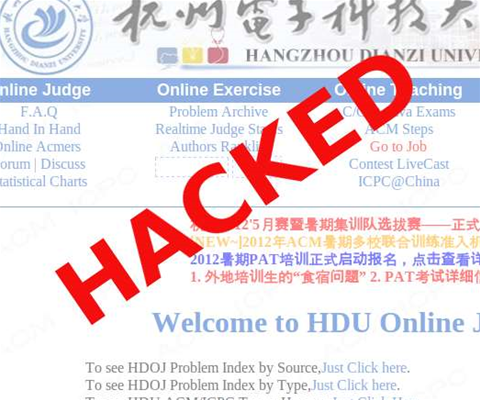 A hacking group has published online more than a hundred thousand usernames, hashed passwords and email addresses it claims were stolen from a Chinese technical university and a European forex trading web site.

The group claimed to have broken into an online education website of China's Hangzhou Dianzi University where they harvested troves of databases containing what they said were more than 150,000 staff and student accounts, including 234 IT staff mobile phone numbers.

TeamGhostShell said it hacked the IT university because “of the hilarious irony”.

It published the details in 11 online paste pages.

The group also claimed to have hacked FXTraders.eu from where it published thousands of usernames, email addresses and hashed passwords from nearly 200 tables.

The database dump contained administrator details including almost 2000 IP addresses and some username and hashed passwords.

Private forum messages from site users were also published along with about 400 ICQ identities.

The group said the fxtrader hack was part of revenge attacks to “pay back the police, the informants, the snitches, the politicians, the stupid and the corrupt”.

The group did not immediately reply when asked how the attacks were launched.