China grows as IT outsourcing hub 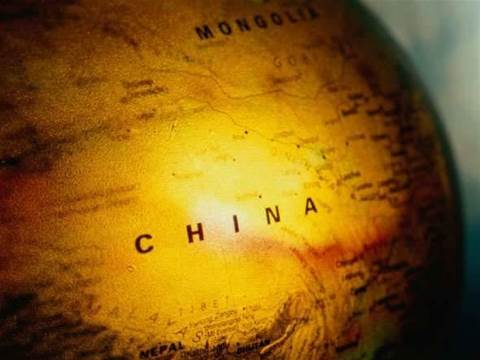 But intellectual property protections a concern for some.

Australia could be the next big target of a Chinese IT outsourcing market expected to generate upwards of US$4.01 billion ($3.97 billion) in revenue this year.

VanceInfo – one of China’s largest outsourcers by market share – launched in Melbourne last October and has already kicked off expansion plans.

With Australia’s oft-touted skills shortage and a resurgence of IT spending, “the conditions are perfect for VanceInfo to grow,” according to its sales and marketing director Trey Zagante.

“There is a growing need in Australia due to the skills shortage, IT spending is forecast to grow in the near future and many large organisations in Australia have experience in outsourcing in some form,” he said.

In 2009, IDC analysts valued the Chinese outsourcing market at US$2.76 billion, almost half of which was generated by European and North American demand.

Gartner analyst Rolf Jester described China as ‘India plus one’, crediting government initiatives for the country’s growth to become the second-largest offshore destination in the Asia Pacific region.

“The Chinese firms are getting better at marketing their skills,” he said. “I think we will see some more of the Chinese providers enter the market.”

But Gartner warned that China’s English language skills, global and legal maturity, and protections of data, intellectual property (IP) and privacy may be sub-par.

“Although China has excellent laws, enforcing them in practice, and policing them is abysmal,” Jester told iTnews.

“You save money on the one hand with much, much lower wage costs. But you have to build into your strategy extra costs of security, management, IP and travel costs.”

Gartner estimated cost savings of 25 to 40 percent from outsourcing big projects or ongoing services to a Chinese firm.

But according to Queenslander Lloyd Ernst, who founded Chinese developer Sinocode in 2004, the availability of cheap Chinese talent has dried up in recent years.

“We no longer do outsourced development work in China,” he told iTnews today. “Although the skills here are very good, the price of white collar labour has slowly climbed up, year on year.”

“It became clear you are not going to make a lot of money here from outsourcing – and I’m here for the opportunity.”

Ernst was now pursuing other business opportunities in China, using Sinocode and its staff to develop and market power management vendor Greentrac.

According to Gartner, Australian companies tended to use local outsourcers, which accounted for an estimated 95 percent of the nation’s US$6.9 billion outsourcing spend.

But it may be an uphill battle for specialised outsourcers like VanceInfo to win more conservative customers over from giants like IBM and Accenture, which also had Chinese facilities, Gartner’s Jester predicted.

“It will take a long time [for Chinese outsourcing providers in Australia] to get on par with India because they have had a very large head start of seven to eight years.”