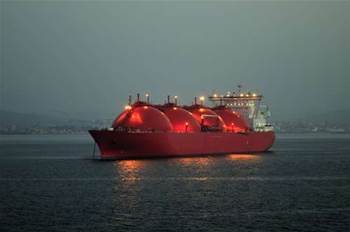 Chevron Australia has contracted Dimension Data to design local area network and telephony systems for the on- and off-shore segments of its $29 billion Wheatstone liquefied natural gas project.

The contract, which will initially run for two years, is the latest addition to a crowded web of firms putting telecommunications systems together for the sizeable gas project.

Alcatel-Lucent is already providing telecommunications infrastructure for the land-based portion, while NewSat is providing satellite links and hardware.

BAE Systems Australia is also performing "detailed design, supply and test" of the network on the offshore platform, under subcontract to Daewoo Shipbuilding and Marine Services.

Dimension Data Australia CEO Rodd Cunico told iTnews that DiData had been contracted for "detailed design and design assurance of the permanent business network and telephony systems" for the Wheatstone Platform Network and LNG Plant Network.

"Across those three environments we're doing the detailed designs for the ... LAN, the WAN, the security, the IP telephony, and the network management," he said.

Unlike BAE Systems' works, DiData's arrangement is directly with Chevron Australia, though it was still unclear where some of the divisions of work lie.

"My understanding is in conjunction with the client and the various other contractors, we design a local area network that will support their requirements, and we provide that specification so they know then how to interconnect," Cunico said.

"We're working on behalf of the client [Chevron] with the various [existing telco] contractors to make sure that the local area network that will be specified can cater for their requirements."

Cunico said that DiData would use existing resources from Perth and its other offices nationwide, though it also expected to make some new hires.

He also noted the win was on the back of "a very long history of capability and investment" in targeting the resources sector.

"It's definitely not our first win in that resources sector," he said. "It's a vertical or area of focus we've had for many years now, both here in Australia and overseas."