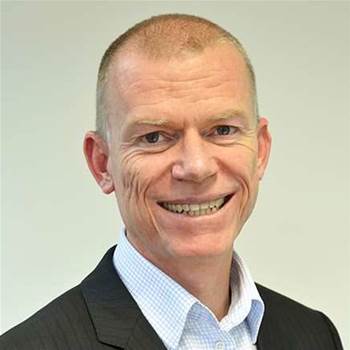 Duckinson isn’t the first Newcrest mining exec to step out of the CIO role and into advisory services.

Matthews describes them as a crack team of “grey hairs” – CIOs with experience at global firms – that can be called in to resolve problems within the technology portfolio as they arise. The organisation usually finds itself pitching for business against younger candidates from Deloitte or KPMG.

Matthews told iTnews he feels the “CIO role is dead in its current form”.

“Most people can’t tell you what a CIO role does,” he said.

“The fundamental mistake most CIOs are making is thinking its simply making all the technology decisions for the company. That’s an IT manager, not a CIO.

“The CIO is a business role, with a technology portfolio. If you focus on the technology, you’re limited to being an operations guy. So it’s sometimes our job as advisors to come in and tell the CIO what their job is.”

The CIO role is “on its way” to morphing into a digital one, he said, which tends to attract younger talent. The CFO, meanwhile, is gaining more authority over technology decisions and the “gap between the two skill sets is growing larger,” Matthews said.

Matthews thinks today’s CIOs are not being adequately trained for the responsibilities of the job. He recalls being handpicked amongst a select few IT workers by former BHP CIO Peter Littlejohn to be “systematically trained in the skills to one day do the CIO job”.

“I lacked commercial skills, so [Littlejohn] gave me a mentor with those skills and put me in a commercial role. I’d worked in Asia, but not the US, so he appointed me a role in the US. He systematically worked out where my gaps were and helped me to fill them.

“I believe the next generation of CIOs – the junior CIOs – should be allocated a senior CIO as a mentor,” he said.

“The problem is, the CIO role is now is filled by recruiters who just want to get the best person available for under a set price. Organisations are not spending enough time working out what they want to achieve, finding the right experience to get it done, and spending enough time on support to do the job well.”

Do you think the CIO's of yesteryear were better skilled than those of today? Comment below...