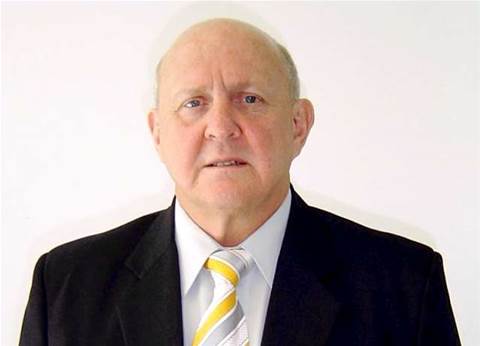 Ends stint delivering on a budget "other unis would laugh at".

Central Queensland University chief information officer Peter Edwards has announced plans to step down at the end of this year, ending a 10 year stint overseeing IT at the regional university.

Since joining CQU in 2007, the higher education technology leader has played an instrumental role in implementing the university’s ‘supported distance’ online and distance education delivery model.

This included an overhaul of the university’s collaborative teaching spaces, along with the installation of various virtual live classroom and video conferencing systems.

The systems support CQU’s staff and students both in remote and rural areas, as well as across its 11 Central Queensland and five capital city campuses.

Following CQU’s 2014 merger with the Central Queensland Institute of TAFE, Edwards led the integration of IT systems across the two institutions.

More recently, he has been in charge of a major migration from Oracle PeopleSoft Campus Solutions to a TechnologyOne student management system, which is due to be completed in the coming months.

The two year project has been handled by a blended team of university IT staff and TechOne consultants, topped up where necessary with consultants and computer science students looking for work experience.

Other major IT projects undertaken during Edwards’ tenure at CQU have included deployments of FinanceOne, library management system Ex Libris, and video kiosks.

Edwards told iTnews one of the biggest challenges he'd faced in the role was delivering major IT projects “on a budget that most of the [capital] city universities would laugh at”.

The IT veteran has also held other senior IT-related positions, including serving as the IT director at the University of New England between 2001 and 2006.

Following Edwards’ departure, the university will change the name of its top tech role role to director of information and digital technology, in line with other senior management roles across the organisation.

“The change doesn’t reflect a downgrading of the position – it reflects the new focus of the role and clearly encompasses both ICT and library functions," said Edwards.

“The CIO title has been around in the ICT industry for perhaps 20 years, and has multiple meanings in different circumstances. The new title is much more focused and relevant to our evolving mission.”

The university has recently advertised to fill the vacancy.