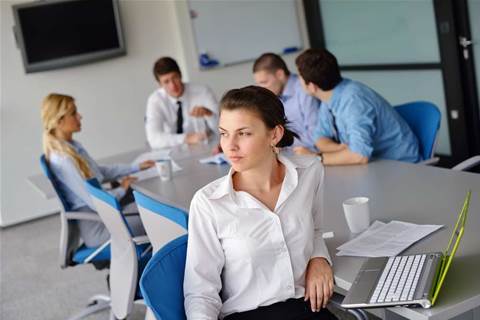 Turns around finances ahead of outsourcing.

In an effort to turn its waning finances around, the Victorian IT services agency CenITex has cut its contractor workforce by more than 90 percent.

The latest annual report for the agency shows that it currently engages just 15 contractors, down from a peak of 251 (a third of the CenITex workforce) in 2011.

The bulk of the workforce transformation has occurred in the past two financial years. In 2011-12 170 contractors were cut, matched with a corresponding rise in the internal workforce of 91, suggesting some were converted into permanent staff. Another 81 have gone in the past financial year, but without incurring a rise in internal numbers.

The figures suggest that contractors have been targeted by the agency’s program to slim its workforce in the face of declining revenues. Annual reports show that internal staff numbers were subject to a 5.5 percent cut in 2012-13 but are still higher than they were in 2011.

The agency has been criticised in the past for a perceived overreliance on contract labour, often hired at premium rates.

In 2012 The Age conducted an investigation into the organisation which showed it had spent more than $175 million on contractors and consultants since its 2008 establishment, many of whom were earning more than $1000 a day.

A later report handed down by the acting Victorian Ombudsman, John Taylor, found that a procurement exemption signed off by the then CEO was treated like a “blank cheque” for the engagement of temporary staff. The investigation confirmed that gaping holes in procurement processes meant contractors were charging inflated rates that were never interrogated by the agency.

CenITex has also achived a significant turn-around in its financial health in the past year, even though it is still not in the position of breaking even on the services it delivers to agencies.

Chief technology advocate Grantly Mailes, who recently accepted the chairmanship and sole directorship of the CenITex board, attributed both results to a strict efficiency drive across the organisation.

"CenITex has done a great deal of work culturally and in the technical environment over the past couple of years towards getting 'the house in order'.

"Going from a $36 million loss to a $6 million loss is in large part due to CEO Michael Vanderheide's strong focus on managing costs and improving the business model," he told iTnews.

"The next step of the 'transformation' is to tap into the expertise, scale and the new service models available from industry," he added, referring to the Victorian Government's plan to transfer many of the CenITex's functions to the private sector in coming years.