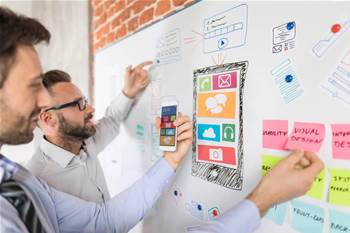 The Commonwealth Bank will roll out a software development lifecycle ecosystem, years in the making, to its 7000-plus developers over the next 10 months.

Boyagi said the bank needed to automate its DevOps ecosystem, because the proliferation of tools in such a large organisation created fragmentation of the tool chain.

“To move from the inconsistent, fragmented tool chain to the DevOps ecosystem we have today, we went through a three-step process for each phase of the DevOps lifecycle,” Boyagi told the conference.

“First, we underwent a tool selection process to select one enterprise tool for the organisation.

“Next, each tool was industrialised for high availability, performance and compliance with security requirements.

“Finally, we pushed mass adoption and utilisation whilst migrating users from non enterprise tool sets onto the enterprise endorsed tools.”

The journey towards automating the DevOps ecosystem began in 2017, when Atlassian’s Jira was first adopted.

Boyagi said it saw huge and immediate uptake, becoming “the single most used tool by technology” in the bank.

That success began to introduce its own pain, he continued: “We started to see lots of variations in the way teams were developing, testing and releasing their systems to production”.

“Governance teams began introducing manual gates and checks to try and standardise the input into their control processes,” he said.

“Being a bank we have several regulatory compliance considerations required in the delivery of technology.”

But uncoordinated changes to governance processes started slowing teams down.

The bank had to create an environment that let its software teams ship their work fast, and the bank decided to rebuild its SDLC using Jira and Atlassian’s Confluence products.

“We wanted to create a solution that was tailored, automated and easy for both delivery teams and governance teams,” he said.

That meant abstracting complexity for delivery teams, making the tools easy to use rather than creating additional work, and focusing on the required outcomes rather than on how a task was done.

The final requirement was to make the system traceable and adaptable, “to remove manual governance gates and provide transparency across the organisation.”