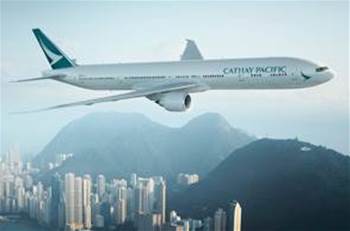 Cathay Pacific will set live a large SAP-based finance and procurement system on September 4 that will help the airline quickly determine the profitability of its routes and individual flights.

The Hong Kong-based airline has spent several years on the overhaul of its finance and procurement function globally, known by the project codename Horizon8.

It will soon move into user acceptance testing (UAT) and a final “dress rehearsal” before a “big bang” launch on September 4, when the system will cover “eight regions, 90 countries, 104 airports” and 4000 active users, Farmer said.

Farmer said Horizon8 was “not only an SAP implementation” but a major transformation aimed at simplifying financial processes globally and making it easier to cost airline services.

“A lot of Horizon8 has been around how to transform the organisation and take us to a different stage of maturity in terms of our financial processes, our procurement and financial operating models and to really set up policies, different procedures and ways of doing things,” he said.

“The biggest issue on a program of this nature is the change management and what that involves for an organisation like ourselves.”

Part of simplifying processes was to work down the list of customisations – known as WRICEFs in SAP parlance – that the 45 business units impacted by the new system had collectively sought.

“If you looked at the original WRICEF requirements list it was in excess of 543 objects and that was purely just because [people] had to have things the way we’ve always done things: ‘we’re special, you don’t understand, we’ve got to do it our way’,” Farmer said.

“So we really took a business case approach of what are the benefits of doing this [customisation], what are we going to achieve by setting up that particular enhancement or report.

“Driving that down was a major success factor for us and got things back to simplified standard process. We managed to keep the WRICEFs under the 200 mark.”

Farmer said 84 of the WRICEFs were interfaces to various non-financial systems that needed to talk to the new SAP system.

Horizon8 was split into four main tracks, and perhaps the most interesting of those is “flight-to-settle”, which uses a new SAP application called Flight Order. It is only the second airline to use the software, and it is designed to give Cathay Pacific fast visibility of how much its individual flights are costing it.

“We’re automating the cost collection process through our flight order functionality - the flight-to-settle – [so we can see] how costs are connected so we can immediately, as slow as the last interface allows us, get our route profitability analysis done,” Farmer said.

“For example we’ll get information from our fuel [IT] systems fed in and as that information is allocated and applied to a flight or ‘tail’ we can confirm the profitability of that flight.”

Similarly, flight-to-settle could take into account other fees such as landing or parking bay fees at different airports as well as costs such as those incurred by having to overfly a destination, perhaps due to local air traffic conditions.

Until now, route profitability analysis had been a “major challenge”, Farmer said.

When Horizon8 is set live, it will be supported by a “war room” in Hong Kong and support hubs in each of the airline’s eight operating regions “to ensure 100 percent [support] coverage at go-live". One of those support hubs is in Australia.

Farmer said once in place, the system would offer a global “single source of truth” on the company’s costs and profitability.

“Everything’s going to be in SAP from a finance and procurement point of view, and our profitability is all coming out of one system,” he said.

“Everything is within the SAP world and that’s helping with getting the facts.”

At its peak, the airline assembled a team of 200+ personnel to work on Horizon8, and has also used resources from Capgemini, which Farmer said would maintain all of Cathay’s SAP infrastructure on an ongoing basis.