Canberra Uni's mainframe scholarships off to a crunchy start 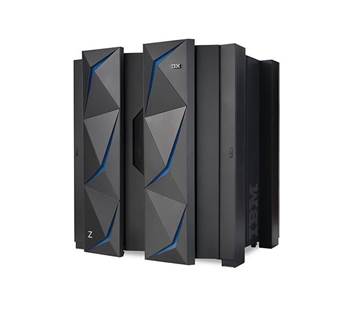 “If mainframes stopped working, the world as we know it would also cease to function.”

That’s the takeaway from Elina Woolley, a trainee at the University of Canberra’s tuition-free course delivering mainframe skills to the next generation of aspiring computer professionals.

When the revival of the Mainframe Trainee Program (MTP) was announced in July last year, federal government agencies and banks breathed big sighs of relief at the prospect of a bigger talent pool to keep the machines that refuse to die running.

Although students only began the MTP in December, Column 72 directors Paul Matthews and Murray Woods were recognised for the initiative by being named on the IBM Champions 2019 list, a select group of 40 international promoters of IBM Z.

One of the employers working with students undertaking the program is the Northern Territory’s Department of Corporate and Information Systems (DCIS).

Senior director of Data Centre Services, Scott Thomson, said MTP is crucial to bringing “fresh blood and new ideas” into the field, which are “always beneficial to any organisation, and are crucial to driving the industry”.

“Mainframes have been around for over 50 years, and they’re only going to be increasingly used.”

That’s backed up by IBM’s earnings reports, where it was revealed mainframe sales doubled in the quarter to July last year, part of a continued upward trend.

“So it is vital that we grow our specialised mainframe skills resources, especially internally,” Thomson said.

“We are better able to build relationships with them – the work force in our industry is very mobile nowadays, so this is particularly important in terms of retention.”

Aiding retention is the promise of a job with an “attractive” salary to MTP members once they graduate with a Bachelor of Information and Mainframe Technology.

Woolley added that that the more she’s learnt about mainframes, the more she realised they underpin vital aspects of everyday life.

For instance, some of the federal government’s biggest IBM mainframe users include Centrelink, Medicare, Home Affairs, Defence and the Australian Taxation Office which often need to obtain security clearances for computing staff working on their systems.

Outside of the public sector, banks like Westpac have stuck with IBM through various ups and downs over the year.

When the revived MTP was announced in July, it was understood Human Services and Westpac would be two of the initial destinations for the mainframe grads.