Canberra ready for the cloud in 2012 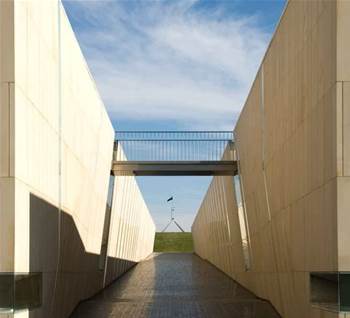 The Australian Government Information Office (AGIMO) has sent the IT industry its strongest signal yet that it intends to adopt cloud computing services in 2012, insisting that any application to its Data Centre as-a-Service (DCaaS) tender be a genuine cloud service, not an infrastructure or consulting play.

Speaking to a packed room of some 150 industry representatives at the Pavillion Hotel in Canberra, AGIMO’s assistant secretary for central facilities Kayelle Witshire stressed that the agency was seeking “real cloud” rather than solutions that more broadly use the term.

Witshire said AGIMO had "so far ... not explicitly mentioned the cloud" when describing the tender, because DCaaS was about "more than the cloud".

For clarity she gave a long list of what it wasn't - the Government was not seeking a data centre, nor data migration services, nor consulting services. Nor data centre leasing or financing.

Instead, DCaaS was about finding solutions to common agency business problems and a shift from specialised systems to standardised, flexible and adaptable solutions.

She gave a hypothetical example of Platform-as-a-Service, with which an otherwise well-resourced Australian Bureau of Statistics would only require to use to architect a new platform for the national census every four years.

Wiltshire said the scope for what services DCaaS could include had broadened.

AGIMO was eyeing Software-as-a-Service - such as email and web hosting as well as Infrastructure-as-a-Service for use as disaster recovery, archive storage and backup and restore.

She also identified Data Centre Operations as a Service - via which agencies that have a data centre in-sourced might require a party to come on-site and manage their data centres from time to time.

And while DCaaS targets smaller agencies that spend less than $2 million a year on ICT, Witshire said that following a series of workshops, she noted that a DCaaS panel of providers could serve all agencies at some point.

Prospective suppliers have until 22 November, 2011 to register their interest with Government through AusTender.

Of those service providers deemed suitable, representatives would be invited to make presentations to an agency reference committee comprising large, medium and small agencies.

AGIMO has allocated 45 minutes for each session, of which at least 35 minutes is to be allocated to answer mandatory questions and 10 minutes is for organisations to provide relevant information about their service offerings. AGIMO has set a maximum of three presenters from each supplier.﻿

"It lifts up the services above the facility layer to a standard service catalogue that would be available to those agencies of usable consumable services that pay as you go along or with fixed monthly contracts."

Yeats said the questions will filter out the players that can’t service that requirement.

"Hopefully it will showcase the providers that are doing a good job," he said.

AGIMO will issue a "Expression of Interest" notice by the end of March 2012 based on a possible panel and a formal request for tender by the end of June 2012.