Business spending on cloud to skyrocket this year 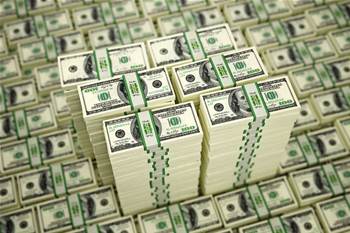 Public cloud spending by businesses rose substantially last year and will continue to increase in 2014, a cloud cost monitoring and management service predicts.

Cloudability says its customers spent on average US$65,099 per hour, more than three times the expenditure a year before (US$21,500).

Speaking to Venturebeat, Cloudability chief executive Mat Ellis estimated that this year, the spend by businesses moving their applications to public cloud will jump a further 300 percent.

Users will shift from testing to deployment of cloud applications in 2014, he said.

The company manages spending for Amazon Web Services customers and has visibility of some fifteen per cent of the total expenditure on the cloud giant.

Ellis noted that AWS rivals, such as Google Compute Engine, Microsoft Windows Azure, and DigitalOcean will also bloom in 2014 as businesses expand their cloud presencs and split the delivery of applications across multiple providers in the name of redundancy and contestability.