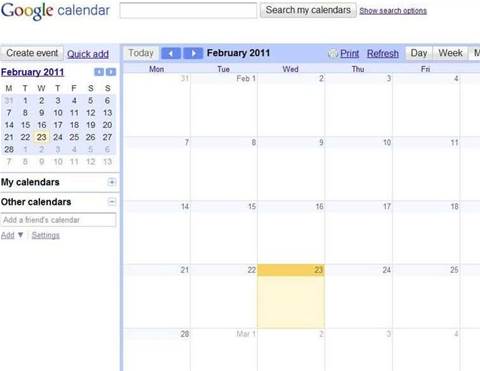 Google says only a small number of users are affected

Data is going missing from Google's calendar service, leaving users without their schedules.

Google said only a small number of users had appointments wiped from their diaries.

"I'm desperate," said one of dozens of users taking to the Google support forum to complain.

"All my private calendars gone. I don't even know what to do in the next hour, let alone in the next weeks or months."

"The same thing has happened to our company, which relies on Google's platform for our communication," said another user. "Many calendars are just wiped out."

But the problem may be temporary.

"So you guys don't freak out yet, it seems that the calendars are not displaying but the details are still stored," noted a forum user.

"As an example, I see absolutely zero items on my calendar yet I'm still getting email reminders for previous items."

A Google note on its apps dashboard admitted there is a service disruption, and promised an update later today.

"We're experiencing an issue affecting less than 0.001 percent of the Google Calendar user base," the company said, dropping the estimate from an earlier 0.125 percent of users.

"The affected users are able to access Google Calendar, but are seeing error messages and/or other unexpected behaviour."

The outage is the latest in a series of problems for the web-based calendar service, which was partially knocked offline for a day last May, and down for a minority of users for five days in October.