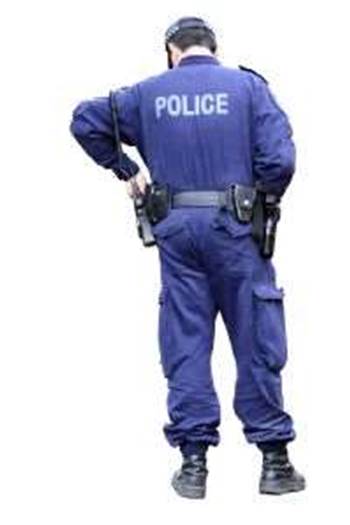 But nothing for LEAP replacement .

Victorian police officers will have to wait at least another year to see if funding will come through for the replacement of the state's 20 year-old green screen crimes database.

In what will be its last budget before the state election, the Napthine government has committed $26 million to an IT refresh across the police force, but a spokeswoman for Police Minister Kim Wells has confirmed that none of it will go towards a replacement of the Law Enforcement Assistance Program (LEAP) database.

Instead, the funding will be spent on replacing 84 percent of IT hardware across the organisation, including PCs, monitors, network devices and data centre equipment in the coming year.

The money has come from savings generated by the Victoria Police in previous financial years.

The Victoria Police did receive just over $23 million in the 2013-14 budget for the sustainment of LEAP and business case planning for a more modern system in the future - but not sufficient funding for its replacement.

The notorious green screen system has suffered under a number of failed attempts at replacing it and relies on a team of data entry workers to update it from hard copy paperwork submitted by officers daily.

Earlier this year, $2.5 million was put towards implementing new processes for uploading arrest warrants into LEAP, after the slow turnaround in communicating with the courts was blamed for the murder of 11 year-old Luke Batty after police failed to realise there was a warrant out for his father's arrest.

However, funding for critical systems upgrades was more forthcoming elsewhere in the government.

The Victorian Department of Human Services will benefit from more than $14 million in capital and output related funding to establish a single client view for vulnerable children and other welfare recipients across the state.

The funding covers the first stage of a system that will offer up an integrated record of all the interactions a client has had with the DHS, allowing caseworkers to better identify high-risk situations and deploy resources appropriately.

Meanwhile, the State Revenue Office within the Department of Treasury and Finance will spend $11.6 million on what it has described as “incremental upgrades to the underlying systems architecture” including new capability to match records in the hunt for tax cheats.

While overall ICT funding for whole-of-government tech and innovation activities in Victoria is down - from $181.5 million last year to $175.3 million this year - money has been set aside for two of the state’s flagship procurement reforms.

A total of $6 million will go towards dismantling IT shared services provider CenITex and replacing it with a series of IT outsourcing deals.

In a release, Technology Minister Gordon Rich-Phillips said that the “collaborative” dialogue stage of the tendering process was now complete, with the government likely to be ready to start inviting formal bids for the work later this year.

Another $9.5 million will be spent over four years to create a single consolidated network for the Victorian government under the VicConnect scheme.

As previously announced, the Victorian government will also invest in improving telecommunications coverage in rural blackspots and along the V/Line regional rail service. Budget papers reveal that the total funding package for the remediation is worth $31.2 million, with Commonwealth money expected to be forthcoming as well.

Other technology initiatives include: