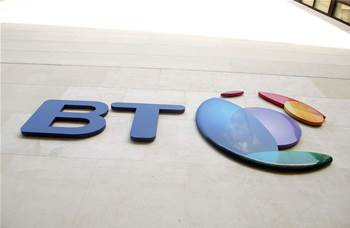 UK telco BT has settled its long-running dispute with staff after agreeing a 39-month pay deal with the Communication Workers Union (CWU).

The two sides had been at loggerheads for months, but have finally agreed on a deal that will run until March 2013. This will provide BT staff with wage stability for several years, the firm said in a statement.

The contract will see over 50,000 employees, including engineers and call centre staff, receive pensionable pay rises worth three percent each financial year from April 2010 to March 2013, backdated to January 2010. The union had demanded a five percent rise for 2010/11.

"This agreement is good for BT, its employees, shareholders and customers. BT will benefit from a long period of certainty, whilst our employees will have financial stability during uncertain economic times," said BT chief executive Ian Livingston.

"I am pleased that we have been able to work with the union's leadership to resolve this matter, as industrial action would have been in no-one's interest. "

The CWU had previously urged members to vote for strike action, citing "double standards" in pay between executives and core workers, particularly as BT reported large profits in the past year.

An offer from BT spanning two years with two percent for 2010 and three percent for 2011 was previously rejected, as the CWU said that it made no material improvement to the pay offer for 2010.

Over 50,000 employees threatened to walk out last month, but the strike was halted owing to procedural issues with balloting.

A strike would have affected BT customers and internet service providers such as Sky, which lease broadband lines from the firm and rely on its engineers to fix problems.

Got a news tip for our journalists? Share it with us anonymously here.
Copyright ©v3.co.uk
Tags:
btcentemployeespayperstriketraining & development