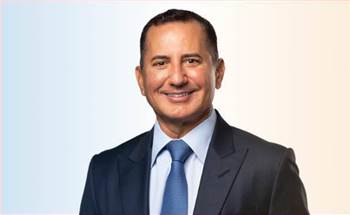 Old-school Big Four challenger Bank of Queensland (BoQ) has reassured skittish investors and customers that its root-and-branch $440 million core technology overhaul is still on track and will continue despite the global pandemic.

Fronting analysts on a half-year results call that lasted close to two hours, BoQ’s chief executive George Frazis said that while dividends might be getting pruned, the long awaited overhaul to digitise BoQ was continuing despite the deeply uncertain economic conditions.

Payment of an interim dividend has been deferred after regulators asked institutions to put the brakes on payouts to support lending.

Cash earnings after tax at BoQ for HY1 2020 dropped back 10 percent to $151 million over the previous corresponding period, a hit broadly in line with market expectations.

Investor interest around the small boutique bank is intense because it is one of the first institutions to front its half-yearlies post-COVID-19 lockdown and thus provide a window into how the financial sector as a whole is weathering the storm.

Revealed at the end of February, Frazis’ $440 million tech overhaul aims to undo years of sweating legacy systems that were infamously compared to ‘spaghetti’ by incoming management.

The guts of the refresh is a new core banking system from Temenos being rolled out first at Virgin Money Australia (VMA) and then later across other parts of the bank.

While Frazis has previously stressed that BoQ will not be customising its builds and will not be “having any large programs that go on for multiple years” the program of work is spaced out in drops over five years.

The question many were keen to know is whether the capex heavy project would feel the cost-cutting blade as spending was reined in.

Not yet it seems, with the project apparently sufficiently critical to keep going, with quick progress already made.

Frazis told investors the strategy to become “the digital bank of the future with a personal touch” has already “delivered a new mobile app to BoQ specialists.”

“We are now on track to deliver the first phase of our VMA digital bank in 2020, the first step in the digital transformation of the wider group.”

Frazis said material improvements had been made for customers, with conditional lending approvals shrinking from five days to one day.

But there’s some cash being burned to get to that point.

“We spent $52 million on capital initiatives, primarily relating to phase one of the [Virgin Money Australia] digital bank to deliver transaction and saving products, and the modernisation of poor infrastructure, including the migration of key data centres to a cloud environment,” Stafford said.

“Both of these investments are foundational to our strategy to become a simpler and digitally enabled bank.”

The clear out of old junk also showed up in neon lights on software capitalisation write-downs.

Changes to BoQ’s capitalisation threshold wrested $26 million off the books, while “amortisation acceleration relating to the strategic reset of the technology roadmap” jettisoned $16 million, and garden variety amortisation delivered another $18 million in write-downs.

Part of appeal of the digitisation is that BoQ will need fewer humans to perform tasks that can be automated.

While it’s hardly fashionable to let any staff go at the moment, pre-COVID-19 spot headcount reduction came in at 4 percent at BoQ.

It’s what happens next that’s the real question.