Brits turned off by iPhone price 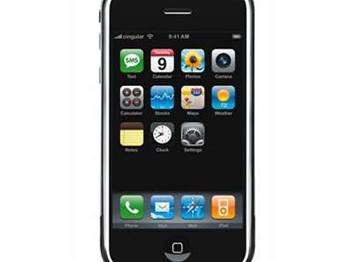 A new survey suggests that UK consumers know all about Apple's iPhone, but very few are prepared to buy one..

Research firm GfK NOP found that just two per cent of UK consumers have put the phone on their Christmas lists, citing expense as the main reason.

Three-quarters of British consumers have now heard of the iPhone, and over a quarter of the 500 people surveyed said that they liked the look of the device. But price remains a major sticking point.

"Apple's history proves that it has the magic touch when it comes to product development and marketing, but the iPhone has yet to capture the imagination of the UK public," said Richard Jameson, managing director of GfK NOP Technology.

"IPhone hype is in full-force, but our data shows that it is very much a considered purchase, and that its high price is turning many consumers off.

"We must take into account that the UK mobile market's success has been down to subsidised handsets, so the iPhone's price really stands out. Consumers are not used to paying in excess of £200 for a phone."

More than three-quarters of UK consumers associated the iPhone with music, and nearly two thirds also associated the device with internet use and email, suggesting a strong perception of the iPhone as more than just a mobile.

"This is a highly competitive market and the mobile phone manufacturers have very strong brand loyalty," Jameson continued.

"Apple needs more than cutting-edge design to penetrate this market and will have to work much harder in the UK than it did in the US to make iPhone a mass-market proposition."

Got a news tip for our journalists? Share it with us anonymously here.
Copyright ©v3.co.uk
Tags:
britsbyhardwareiphoneoffpriceturned