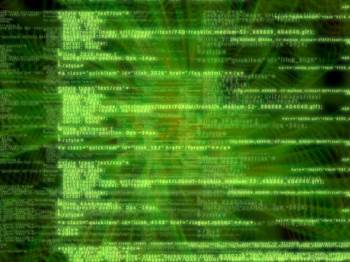 But UK Government says its passwords are safe.

The passwords of British defence, intelligence and police officials were among those posted online following the Stratfor attack.

The attack on Stratfor by the online collective Anonymous included the private information of 221 British military officials and 242 Nato staff, The Guardian reported.

Civil servants working at the UK Cabinet Office and advisers to the Joint Intelligence Organisation also had details exposed.

A government spokesman said it was aware of subscriber details being published in the public domain, but insisted that passwords for communications within Whitehall would be different from any used to access the Stratfor sites.

“At present, there is no indication of any threat to UK Government systems," a spokesperson said.

"Advice and guidance on such threats is issued to government departments through the Government Computer Emergency Response Team."

Analysis of the passwords by John Bumgarner from the US Cyber Consequences Unit for The Guardian found the details of hundreds of UK government officials within the data, including some of those who work in sensitive areas.

These included: 221 Ministry of Defence officials; seven officials in the Cabinet Office; 45 Foreign Office officials; 14 from the Home Office; 67 Scotland Yard and other police officials; and two employees with the Royal household.

Also listed were the details of 23 people who work within the Houses of Parliament and a former deputy head of Whitehall's 'strategic horizons' unit.

Got a news tip for our journalists? Share it with us anonymously here.
Copyright © SC Magazine, UK edition
Tags:
anonymoushackingnatosecuritystratforuk government