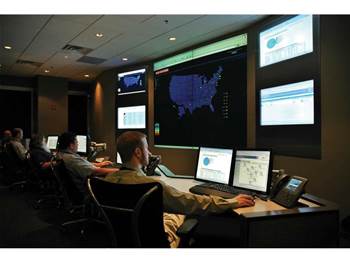 BAE's local IT security operations to merge with Stratsec.

BAE Australia's information security division will embed itself within Stratsec following its $24 million acquisition of the Sydney security consultancy .

Stratsec chief technology officer Nick Ellsmore told SC Magazine at the AISA Conference in Sydney today that the consultancy was central to BAE's stated ambition to become a global player in protecting critical infrastructure from malicious attack and hardening it from human error.

The deal, originally flagged on the Risky Business website and expected to be completed by the end of the year, was subject to regulatory approval although Ellsmore said he didn't think the Australian company was big enough to warrant Foreign Investment Review Board oversight.

"This acquisition supports our strategy to expand our existing information security services, knowledge and experience and is consistent with BAE Systems' strategy to develop its cyber and security business in its home markets," said Jim McDowell, Chief Executive of BAE Systems Australia.

Ellsmore said the rollout of the smart grid and National Broadband Network would put pressure on utility operators to secure their infrastructure from attack and the role of state-based actors in recent cyberwarfare attacks made knowledge of how to protect systems critical.

Stratsec employed about 60 in Australia and has offices in Sydney, Canberra, Melbourne, Singapore and Malaysia and will use the Adelaide BAE facility to staff up its security operations centre and expand its reach into Perth, where the British company also has a presence.

Stratsec had purchased Canberra consultancy Sift in May last year, absorbing some 15 staff at the time.

Ellsmore said the business wasn't looking to be acquired when it was approached by BAE and praised the stability of the management team and staff as vital for its success and the deal being completed.

He said that miners and other producers of Australia's wealth were especially vulnerable to attack and would benefit from the international skills and expertise of the combined company.

He said the company would become the only accredited forensics lab outside of the law enforcement in Australia and was working to bring more skills into the business to attract clients.