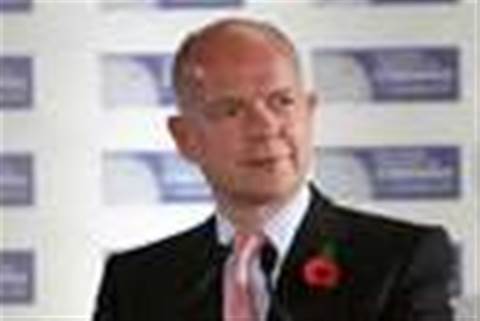 Internet must be free, open and not stifled by government.

UK foreign secretary William Hague opened the first ever London Conference on Cyberspace today by saying building a consensus over cyber issues was “a great challenge of our time.”

Hague emphasised the need for greater collaboration between Governments in tackling issues such as cyber crime and web censorship.

“We need understood rules of the road,” Hague said this morning in London.

The foreign secretary said there was an “apparent rise in state sponsored attacks,” warning about an increase in malicious use, where the most vulnerable people and national systems were being targeted.

“The scope for malignant activity will widen alongside advantages… It will become harder to protect our users or protect our defences from being swamped,” he added.

A spate of rumoured state-sponsored attacks have been reported this year. In October, EMC’s security arm RSA said a nation state was behind a hack on the company.

Yesterday, Symantec revealed at least 29 companies in the chemical industry had been targeted by an unnamed hacking group, possibly sponsored by a nation state.

Talking more broadly about cyber crime, Hague said successful prosecutions in the cyber space needed to “become the norm rather than the exception.”

Hague was also firm on the Government’s commitment to ensuring the internet remained open, not just in the UK but globally.

His words came on the same day 11 organisations wrote to the Government claiming domestic policy was hindering plans to promote web freedom. The Open Rights Group, Index on Censorship and Privacy International were just three of the letter’s signatories.

“The Government's record on freedom of expression and privacy is less than ideal. Britain's desire to promote these ideals internationally is being hampered by domestic policy. The Government is currently considering greater controls over what legal material people are allowed to access on the internet,” the letter read.

“We call for the UK Government to seize this opportunity to reject censorship and surveillance, domestically and internationally, that undermines people's rights to express themselves, organise or communicate freely. That is the only way to both enshrine the rights of citizens in the UK and to support these principles internationally.”

Today, Hague said the internet should not be “stifled” by Government control.

“The internet must remain open and not become ghettoised,” he said. “It is time to build on our common interest… with real diplomatic weight.”

Furthermore, cyber crime should not be used as an excuse for governments to censor internet use, Hague added.

Hungary is to host follow-on event to the London Conference on Cyberspace in 2012. Korea will hold another in 2013.

Got a news tip for our journalists? Share it with us anonymously here.
Copyright © ITPro, Dennis Publishing
Tags:
government privacy security
In Partnership With
By Tom Brewster
Nov 3 2011
9:52PM