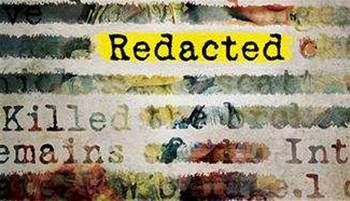 The British Government has for the second time failed to adequately redact sensitive information in a online report.

The Ministry of Defence failed to protect sensitive information about weaknesses in its radar systems when it used black highlight to hide text.

It failed because the blacked-out data was still present in the document and could be copied and pasted, Britain's Daily Star reported.

The document was replaced with a secure version.

The gaffe came six months after the Defence Department made the same mistake and failed to redact highly sensitive information on its nuclear submarines.

Sophos consultant Graham Cluley said in a blog that the mistake was "another schoolboy error".

“To make such a blunder once is unfortunate, to do it twice is careless in the extreme.”