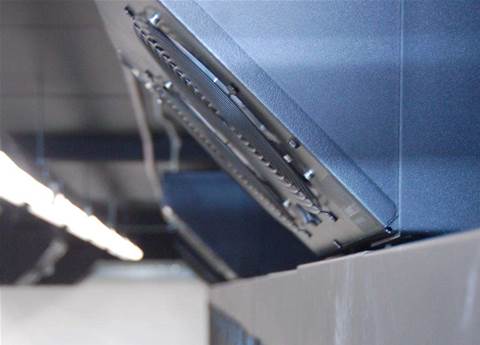 Digital Sense has lifted the lid on the technologies inside the first stage of its multi-million dollar data centre complex in Brisbane.

The first stage of the mega-complex is located in Brisbane’s Kenmore district. With its sister facility, Data Centre City (which begins construction in south Brisbane in 2009), it will collectively be the largest and highest density data centre complex anywhere in the world, according to the builders.

Like the Fujitsu centre in Sydney, the complex is pursuing a high degree of energy efficiency in its operations.

“For example, unlike other data centres, it does not use water for its cooling systems,” said the firm’s other co-director, Michael Tran.

The centre is being designed to cater to extreme high-density computing loads of up to 25kw per rack across the entire floor space, the company said.
Got a news tip for our journalists? Share it with us anonymously here.