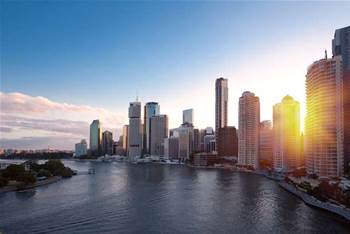 The Brisbane City Council (BCC) will switch IT chiefs mid-way through its $353 million SAP consolidation project, advertising for a new Chief Information Officer to fill the role currently held by Nick Brant.

A spokesman for the Council confimed that Brant will leave the role on 10 August "due to personal circumstances".

"A Council officer will relieve as the CIO whilst recruitment is undertaken to fill the position," he said.

Brant's replacement in the role will have “a track record of delivering improved business outcomes through the effective sourcing and deployment of ICT” and “an appreciation of emerging trends and developments and how these can be deployed within a diverse and commercially focused environment,” according to the job ad.

Brant joined the Council in January 2010, and prior to that served as CIO at consultancy firm GHD and general manager of IT for Virgin Airlines.

At BCC he oversaw the mammoth Business and System Efficiency (BaSE) project, which will eventually see 62 “outdated and unsupported” council systems consolidated down to a single SAP system.

The bulk of work is due to take place within the current financial year, according to the Council’s latest budget (pdf). More than $113 million is earmarked to be spent on the project in 2013-14. Another $28 million will be spent in 2014-15 and $13 million in 2015-16 to complete the transformation.

BCC says the roll-out is on track to see finance and procurement processes deployed in late September this year.

When the program was re-commenced by Brisbane Lord Mayor Graham Quirk back in June 2012, it raised a number of questions, coming so soon after the failure of the more notorious SAP replacement at Queensland Health.

However Quirk reassured the Brisbane Times the old system would be run in parallel with the new one before it was fully decommissioned, and that unlike the case of the health payroll roll-out, customisation would be kept to a minimum.

In January the BCC confirmed it was looking into outsourcing 50 of its technology roles to Asia. To date it has not made any indication of whether or not in intends to go ahead with the plan.