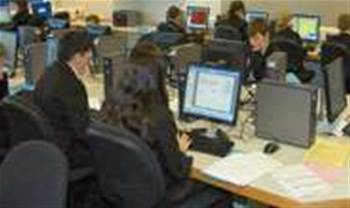 More than 350,000 virtualised desktops will be introduced to Brazilian schools in what is claimed to be the world’s largest-ever implementation of the technology.

Virtual desktops are to be used in all Brazil’s 5,560 municipalities, with software and hardware costing less than US$50 per seat.

The project is an initiative from the Brazilian Ministry of Education and will see every computer converted into up to 10 independent workstations running the Linux operating system, which will be used in the education of millions of schoolchildren.

It is claimed that the low-cost set-up is equal to savings of 60 per cent in up-front costs, 80 per cent in annual power savings and further cost efficiency in ongoing administration and support costs, in comparison to a traditional PC.

Some 18,750 workstations have already been rolled out in rural schools during the first phase of the project.

According to the vendors handling the implementation, the initiative saves more than 170,000 tons of carbon emissions yearly, the equivalent of taking 28,000 cars off the road, or planting 41,000 acres of trees.

Suppliers Userful and ThinNetworks are providing the desktop virtualisation and PC sharing software respectively, while Positivo, Daruma, and Itaultec are supplying the PCs and service.

Since 2003, when Luis Inacio Lula da Silva became president, the Brazilian government made a number of attempts to introduce cheap computers on a large scale for schools but the efforts were traditionally hampered by red tape, tax disadvantages, competition issues, deficient tendering processes and political wrangling.

In 2006, the nationwide programme for eradicating illiteracy launched by Lula began to gather pace and part of the plan was an initiative to investigate the use of laptops in education.

The scheme, named “Um Computador por Aluno” – which stands for one computer per child – was related to the struggling One Laptop Per Child (OLPC) project.

Late that year, five pilots began in schools as a way to gather learning experiences before starting a national scale scheme, two of them using equipment from OLPC.

Since then, the project has stalled – allegedly due to budgetary restrictions – but last month, the co-ordinator of digital inclusion at the Brazilian government, Cezar Alvarez, guaranteed that the 150,000 laptops planned for school use will finally be distributed this year.

Large-scale introduction of computers in schools has been since heavily criticised by education experts worldwide, who argue there is no evidence that the equipment will help children to learn or that technology would help reduce illiteracy rates as well as poverty, some of the most pressing socio-economic issues in Brazil.
Got a news tip for our journalists? Share it with us anonymously here.
Copyright © 2010 Computing
Tags:
brazilcarriesdesktoplargestoutprojectsoftwarevirtualisationworlds