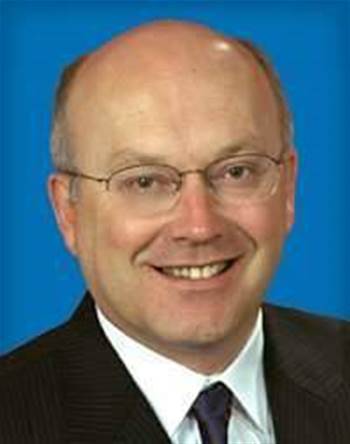 Brandis was responsible for controversial copyright legislation such as the website blocking scheme, which allows rights holders to apply to a court to have an overseas website that facilitates piracy blocked by ISPs.

He also separately forced telecommunications providers and rights holders to agree on an industry scheme to tackle piracy or have one mandated for them.

The parties were able to agree on the nuts and bolts of a scheme before the government's April deadline, but further agreement has once again stalled over who will foot the bill for the scheme.

Brandis has supported rights holders' arguments that ISPs should pay for at least some of the bill, while Turnbull has said such a position is 'not persuasive'.

Fifield will now have control of administering the Copyright Act 1968.

He was sworn in as the country's new Communications Minister yesterday following Sunday's reshuffle.

Internet user advocacy group Internet Australia said it welcomed the movement of copyright responsibility out of the Attorney-General's Department.

"Senator Brandis's site blocking legislation is one of a number of ad hoc laws passed by the Abbott Government that we believe have little chance of achieving their stated aim but do have the very real likelihood of damaging the integrity and and utility of the Internet.

"A trusted, open and accessible Internet is critical to our economic and social development, so it is encouraging to see Mr Turnbull taking action like this so early in his prime ministership".