Brambles to spend $300m on automation 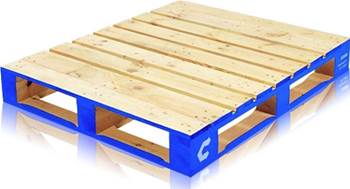 Wants to boost use of robots.

ASX-listed logistics group Brambles will invest as much as US$240 million (A$304 million) over the next three years to increase the use of automation and robotics within its global plants.

Its automation strategy, revealed at the company's investor day today, is aimed at addressing operational challenges like labour availability, safety, and capacity and consistency of repairs.

Much of the funding is earmarked for the US, where Brambles' levels of automation are lower than its operations in Latin America, Europe, and Australia.

It expects to spend between US$150-160 million over three years to automate more than 50 plants and extend its levels of automation to 85 percent in that country.

It said it expects savings to progressively appear from within 9-12 months of the initial investment.

In Australia, it will spend US$22 million to boost its automation levels, US$33 million in Europe, and US$25 million in Canada and Latin America.

Automation technologies it has already deployed - predominantly in Europe - include automated digital inspection of pallets, robotic sorting and stacking of pallets, and automated repair.

It said it would hire more employees skilled in automation technologies as part of the strategy.